Kangana Ranaut: You'll See a Lot of Variety from Me 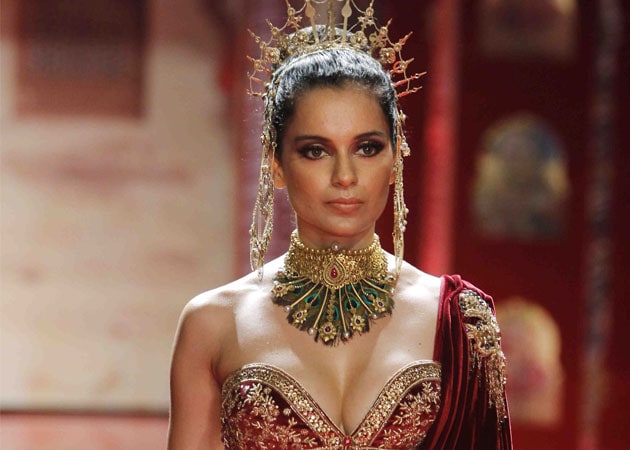 Actress Kangana Ranaut says the audience can expect more variety from her performances in her upcoming movies.

After delivering films as varied as Queen and Revolver Rani back-to-back, actress Kangana Ranaut says the audience can expect more variety from her performances in her upcoming movies.
"I'm playing very interesting characters now. I'm doing a love story directed by Nikhil Advani, it's a different character, then I will be seen in Tanu Weds Manu 2, a film with Sai Kabir - it's a good line-up. You'll see a lot of variety from me," Kangana said during a recent appearance at a fashion gala in New Delhi.
The National Award winning actress took to the ramp at the just concluded BMW India Bridal Fashion Week (IBFW) in a creation by Suneet Varma, one of the country's pioneering designers. (Also read: Kangana Ranaut: Katti Batti is an Unusual Love Story )
While Kangana was impressed with his designs, Suneet felt that when the actress ties the knot, the classic red will suit her the best as a bride.
"I think Kangana is a very gutsy and fashion forward thinking actress. I think she has been able to find a very important relevant and current niche that many actress haven't been able to do. She also represents an Indian woman with lot of power. So red is the colour for her (when she marries)," he said.