Kangana Ranaut said: "When I am in a relationship, I am really into it, but when it's over, I never look back" 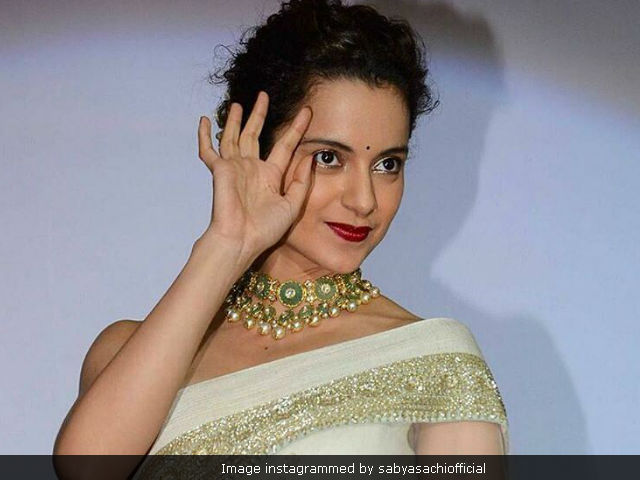 Actress Kangana Ranaut has claimed that all her former boyfriends (all, mind you) still hold a torch for her but that for her, once an ex, always an ex. She said all this in an interview to Times of India that was published, rather appropriately, on Valentine's Day. "When I am in a relationship, I am really into it, but when it's over, I never look back. I have a record of never going back to my exes, never meeting them again. All my exes want to get back with me, that's also a record I hold," the 29-year-old actress told TOI. Actors Aditya Pancholi and Adhyayan Suman are believed to be among this list of former love interests. Kangana has also claimed her Krrish 3 co-star Hrithik Roshan as an ex-boyfriend, which he disputes and over which the actors engaged in a lengthy series of legal wrangling all of last year.
Kangana also told TOI that she disconnects swiftly once a romance has run its course. "I take one week to get over a relationship even if it may have lasted for seven years. I truly believe there is a lot to life. The reason I get over a relationship so easily is because when I am in it, I give it my all and if it doesn't work out, I know there is nothing I can do about it," she said in the interview.
Also, Kangana Ranaut says she's in a relationship currently and hopes to get married this year. She told TOI that the romance is reflective of the 'pure love' that her character Miss Julia shares with Shahid Kapoor's character Nawab Malik in new film Rangoon. Who Kangana is dating right now wasn't revealed but she says it's the sort of love that "makes us the best version of ourselves" and "sets you free."
Safe to see Kangana Ranaut's 2017 should be as eventful as her 2016 was.
Rangoon, which also stars Saif Ali Khan as the second man in Miss Julia's life, is a love triangle set in a World War II-era Burma overrun by military troops. Directed by Vishal Bhardwaj, Rangoon releases on February 24.