"I was busy shooting for Bajirao Mastani, and I had no idea when mom planned this party," said Priyanka Chopra

Bollywood actress Priyanka Chopra, who turned 33 today, was left surprised by a party that her mother, Madhu, threw for her. The actress says that she was 'shocked'.
"I was busy shooting for Bajirao Mastani, and I had no idea when mom planned this party. All my friends have come and I am a bit shocked. But I am feeling extremely happy and would like to thank all my friends," the actress said.
The party was a private affair with select guests including Kangana Ranaut, Ranveer Singh, Nita Ambani, Anurag Kashyap, Krishika Lulla, Sanjay Leela Bhansali, Vishal Bhardwaj, Vikas Bahl, Riteish Deshmukh, Genelia D'Souza and Arpita and Aayush Sharma. 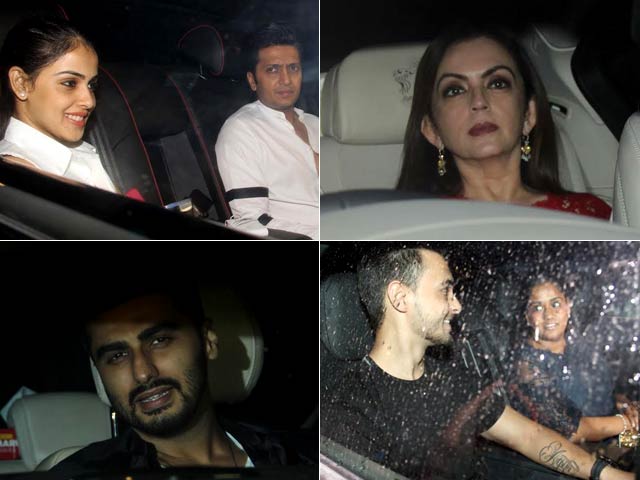 Priyanka's cousin and actress Parineeti Chopra, shared an image with her on Twitter:

Priyanka, 33, is quite busy these days as she is shooting for Gangaajal 2, Bajirao Mastani and the American television show Quantico.
She is also in the process of shifting to a new house.
"We have shifted to our new house, but not completely. Once I return from the Quantico shoot, we will shift the rest of the stuff," said Priyanka.