Kangana vs Hrithik: What Amitabh Bachchan, Vidya Balan Have to Say

"I think that is very creditable because as women we find it very easy to stand up for other people, our family members, children, husbands, parents but we rarely stand up for ourselves. She (Kangana) is standing up for herself, so kudos to her and more power to her for that," said Vidya Balan 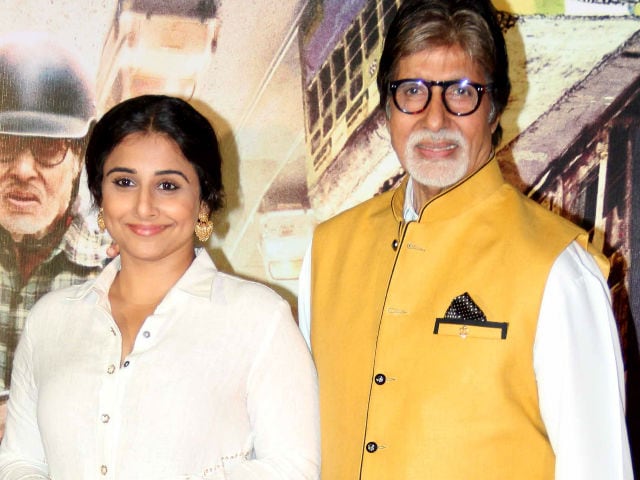 Amitabh Bachchan and Vidya Balan photographed at an event in Mumbai.

Bollywood actress Vidya Balan says she has the "greatest" admiration for Kangana Ranaut for standing up for herself in her ongoing feud with Hrithik Roshan.
The two actors have been at loggerheads since the Queen star called Hrithik her 'silly ex'.
"I really think it is none of my business to be judging anyone but I have the greatest admiration for Kangana because she is standing up for herself," Vidya told reporters.
"I think that is very creditable because as women we find it very easy to stand up for other people, our family members, children, husbands, parents but we rarely stand up for ourselves. She (Kangana) is standing up for herself, so kudos to her and more power to her for that," the Kahaani actress added.
Vidya was speaking at the event to launch the trailer of her upcoming film Te3n. Amitabh Bachchan was also present at the event. When asked what he feels about the Tanu Weds Manu actress, who sat beside him during the National Award ceremony recently, the 73-year-old Piku star was more cautious in his reply.
"Can't decide the behaviour of a person or what he or she is going through, by sitting beside them. But I appreciate that women are empowered, they stand on their feet. We've always believed that women should have their own strength. Fifty per cent of the nation's population, so there should be as many women and that much strength should be there. They should have importance in society and we have always believed that," he said.
From her ex Adhyayan Suman calling her "psychopath" to people on social media trending "Characterless Kangana", the Revolver Rani actress has been mocked, derided by various sections as she has been fighting the case with the superstar.
The 29-year-old actress, however, has hit back at her critics saying no amount of slamming will bog her down and she doesn't care about being called "psychopath or a witch."
The feud between Hrithik and his Krrish 3 co-star turned nasty after they slapped legal notices on each other. Hrithik, who was the first to send the legal notice, has demanded that she apologise in a press conference and clear the air about their alleged affair which he firmly refutes.
A defiant Kangana had said she was not a "dim-witted" teenager and refused to apologise. She instead shot off a counter-notice to Hrithik warning him to take back his notice or face a criminal case.