Kangana Will Not do Justice to my Mother, says Meena Kumari's Stepson 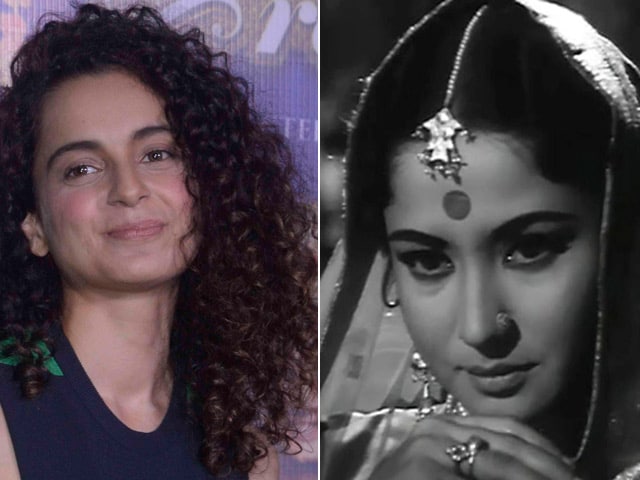 "She is anything but Meena Kumari," said her stepson

Film producer and stepson of late actress Meena Kumari, Tajdar Amrohi, does not approve of actress Kangana Ranaut playing her role in Tigmanshu Dhulia's biopic.
Talking to mid-day, he said, "She is anything but Meena Kumari. My chhoti ammi was traditional and had a very strong personality and Kangana is completely opposite of her and does not suit the role." (Also Read: Kangana Ranaut to Begin Meena Kumari's Biopic in Mid-2016)
He added, "Kangana in no way will be able to justify her character. She is too modern to play the role."
Amrohi also denied rumours about Manisha Koirala playing Meena Kumari in his film. He said, "I haven't even approached her. But we have three Meena Kumaris in the film-as the film depicts three stages of her life. So there are three girls playing the lead role I cannot reveal any name. All I can say is one of them is from the film industry. Also, there are two Kamal Amrohis in the film and you will know when you watch the film."

Discussing the title of Meena Kumari's film, which is Meenabakamaal, Amrohi said, "The title has two meaning. One is Meena the extraordinary and it also has the name of Meena Kumari and Kamal Amrohi in the title."
Amrohi is angry about the fact that others want to make a biopic on Meena Kumari and not on other actresses. He observed, "There have been yesteryear actresses like Madhubala, Devika Rani,Geeta Dutt and there are also stories about them why are they after my mother."
Amrohi has still not given any approval to Dhulia to make a film on his mother. He said, "I am already making the film and the first rights rests with the family and my film is on floor. The film is being directed by Shashilal Nair. I read that Tigmanshu Dhulia is making a film on Meena Kumari and in his interview, he has mentioned that he would approach me. He is welcome to meet me but I don't know about the film as I am already making it. Also I would want to know what is his mind."
Amrohi added, "Who will know her better than us and for the world to know that Meena Kumari (my chhoti ammi) and Kamal Amrohi were never divorced. We have lived with her and there are so many incidents and anecdotes that only we know and which will be incorporated in the film."
On being asked when he wants to release his film on Meena Kumari, he replied, "I am making two films. One of the two will release this year and Meenabakamaal will in most likelihood hit the screen next year."