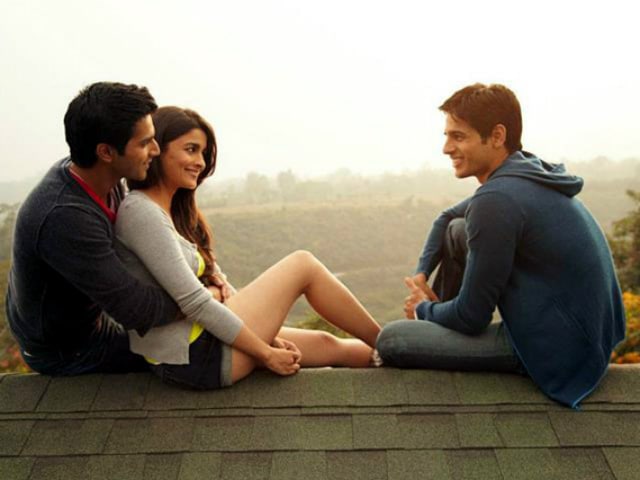 A still from Student Of The Year.

A fan asked Karan Johar in a question and answer session on Twitter on Saturday if he would be making a sequel of 2012 film Student Of The Year. He replied: "Yes!!! Will be announced in 2 months!" It marked the debut of actors Sidharth Malhotra, Alia Bhatt and Varun Dhawan

"@DivyaChouksey: @karanjohar will you be making a sequel of #SOTY??" yes!!! Will be announced in 2 months! #soty2#koffeewithkaran

Student Of The Year is a coming-of-age romantic comedy, which was produced by Hiroo Yash Johar under the banner of Dharma Productions, and in collaboration with superstar Shah Rukh Khan's Red Chillies Entertainment.
The film, which released in 2012, marked the debut of actors Sidharth Malhotra, Alia Bhatt and Varun Dhawan. (Also Read: Will be Stopped 377 Times: Karan Johar on Dostana Sequel)
It also stars veteran actor Rishi Kapoor, Sana Saeed, Ronit Roy, Ram Kapoor and Farida Jalal.