Karan Johar 'Had Great History' With Ex-Friend Kajol. Here's What He Said

Karan on Kajol: "I don't have a relationship with Kajol any more. We have had a fallout," Karan Johar wrote 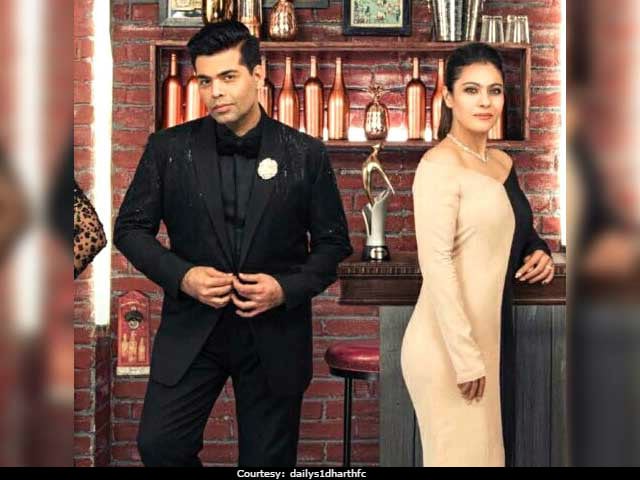 The end of filmmaker Karan Johar's 25-year friendship with actress Kajol is chronicled in his autobiography An Unsuitable Boy, pages from which went viral last week. At the launch of his book in Mumbai yesterday, Karan Johar was circumspect. "Enough has been said about Kajol, especially since the excerpts of the book have been out. So, I don't want to say any more about the fact that we had great history. I want to remember this history that we shared. This is a moment in that history of nearly 25 years of a friendship. Sometimes chapters end, books end, relationships end," said the 44-year-old director, producer, TV personality and occasional actor. The cinematic partnership between Kajol and Karan Johar dates back to Dilwale Dulhania Le Jayenge, in which both acted. Mr Johar directed Kajol in his films Kuch Kuch Hota Hai, Kabhi Khushi Kabhie Gham and My Name Is Khan.
Last week, pictures of pages from An Unsuitable Boy were circulated on social media. The excerpts revealed how one of Bollywood's most profitable collaborations broke down. "I don't have a relationship with Kajol any more. We have had a fallout," Karan Johar wrote.
"She's killed every bit of emotion I had for her for 25 years. I don't think she deserves me. I feel nothing for her anymore," he wrote.
In his book, Mr Johar blames Kajol's husband, actor Ajay Devgn, who went on the offensive against Karan Johar's film Ae Dil Hai Mushkil last year. "The problem was never between her and me, it was between her husband and me," Mr Johar wrote in An Unsuitable Boy.
In an extraordinary episode of hostility, Mr Devgn tweeted a recording of a phone conversation in which self-styled critic Kamaal R Khan told his producer that Karan Johar had paid him to tweet favourably about his film. KRK later said that he had made this up, that Mr Johar hadn't paid him but that Ajay Devgn's producer had offered to. Bollywood maintained a stony silence but Kajol endorsed her husband by tweeting: 'Shocked.'
"That tweet," Karan Johar wrote in his book, "validated the insanity that she could believe I could bribe someone... She can never come back into my life. I don't think she wants to either," he wrote.
Watch watch Karan Johar has to say here:

An Unsuitable Boy was released by actor Shah Rukh Khan, who starred with Kajol in all the films aforementioned and several more. SRK and Karan Johar collaborated in the films Dear Zindagi (produced by Mr Johar) and Ae Dil Hai Mushkil (featuring SRK in a cameo) last year.