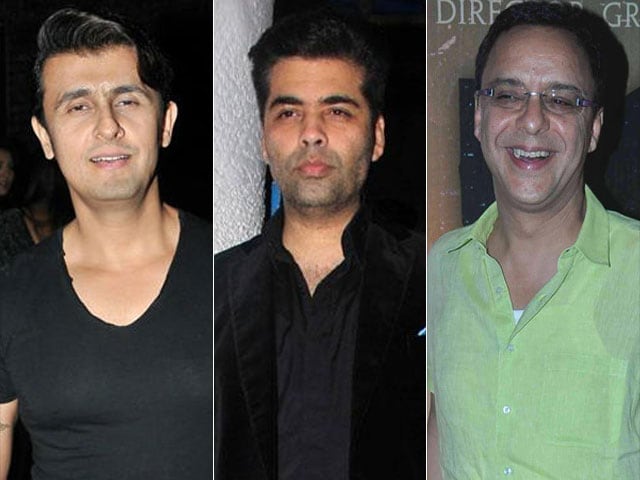 Karan Johar has indirectly taken a dig at filmmaker Vidhu Vinod Chopra and singer Sonu Nigam for their recent remark on Ae Dil Hai Mushkil, by calling them "irresponsible" and "self-important".
Karan, 44, tweeted following the backlash for Anushka Sharma's dialogue in his film, where the actress says, "Mohammad Rafi? Woh gaate kam rote zyada the na?".


So it's all about loving your family, and disrespecting others'!! And this is not reveling in Self Importance? UFFFFFFF... :)

The singer had supported Mohammad Rafi's son Shahid, who slammed Karan for disrespecting the late legend in his film, saying, "If you can listen to the same joke about your parents then we are wrong. If your blood boils that how can someone say something like this about my parents, then hum sahi hain."
Meanwhile, during a special screening of Priyanka Chopra-produced Marathi film Ventilator, when Vidhu was asked about the remark on Mohammad Rafi in Karan's film, he had said, "The name of the film that you took I haven't seen it. And I don't intend to watch it. I have no interest."
Ae Dil Hai Mushkil which also stars Ranbir Kapoor, Aishwarya Rai Bachchan, Fawad Khan and Shah Rukh Khan (in a cameo) hit the screens on October 28.
(This story has not been edited by NDTV staff and is auto-generated from a syndicated feed.)