Karan Johar: Love and compassion missing from our industry 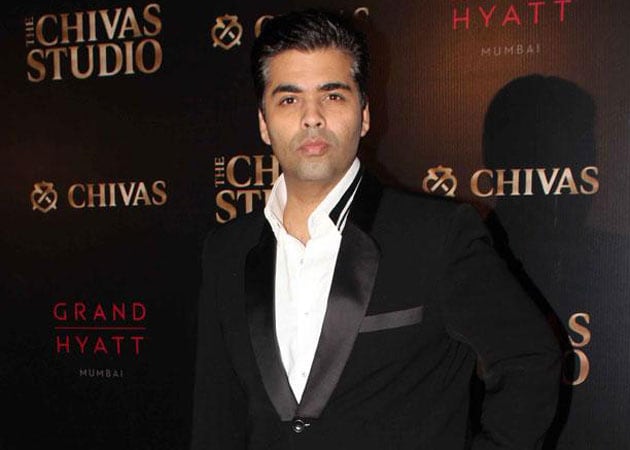 Karan Johar?s next Bombay Talkies will be screened at the Cannes.

The Hindi film industry has become "disciplined and structured", says director Karan Johar, but feels that "love and compassion" that used to bind people together in olden days have disappeared.

The Hindi film industry has become "disciplined and structured", says director Karan Johar, but feels that "love and compassion" that used to bind people together in olden days have disappeared.
Not new to the industry, he is the son of late producer Yash Johar, the man behind films like Dostana, Agneepath and Hum and founder of Dharma Productions, one of the most prolific filmmaking banners in Bollywood.
"I hear stories of the yesteryears magic. One misses the love and compassion that film people had for each other even when they were making different films. As an industry, we have stopped belonging to each other," Karan Johar told IANS in an interview.
Karan Johar has been an active member of the Hindi film industry since 1995. He recently worked with three directors - Anurag Kashyap, Zoya Akhtar and Dibakar Banerjee - to create Bombay Talkies, a bouquet of four short films, an ode to 100 years of Indian cinema.
While working with them, the 40-year-old enjoyed a sense of belonging. "I felt that we belonged together. I felt a synergy and that was elevating," he said.
Known for focusing on family bonding and emotions in his films like Kuch Kuch Hota Hai and Kabhi Khushi Kabhie Gham, Karan Johar confesses to a lack of inspiration at the moment to create a family drama.
"I make what inspires me. Right now I am not inspired to make a family saga. I make what drives me at the moment," said the filmmaker, who is busy with his production ventures Gippi, Yeh Jawaani Hai Deewani and Gori Tere Pyaar Mein.
"I like to make films on human dramas. They move me and motivate me," added Karan Johar, whose last directorial venture was college drama Student Of The Year, which was high on emotional quotient and highlighted bonding among friends and family.
Karan Johar admits that the industry has come a long way and that part of the transformation has been for the good.
"I think today's atmosphere is more disciplined. Everyone is more corporate and organised," he explained.
"We have become more of an industry than a fraternity. We are not into each other's lives. We have our releases, box office releases, legalities and all that. It is a far more structured world today," he added.
Karan Johar's segment for Bombay Talkies celebrates 100 years on cinema through two major iconic songs - Lag ja gale and Ajeeb dastan.
"I have used the element of 100 years of cinema. I have taken these two songs, which portray the soul of the films. These are iconic songs of Hindi cinema, which I have used," said the filmmaker, who has teamed up with Rani Mukerji, Saqib Saleem and Randeep Hooda for the project.
Bombay Talkies will be screened at the Cannes International Film Festival starting on May 15.