Karan Johar said: "We have to look at who is releasing a film before and after us and choose a right date accordingly" 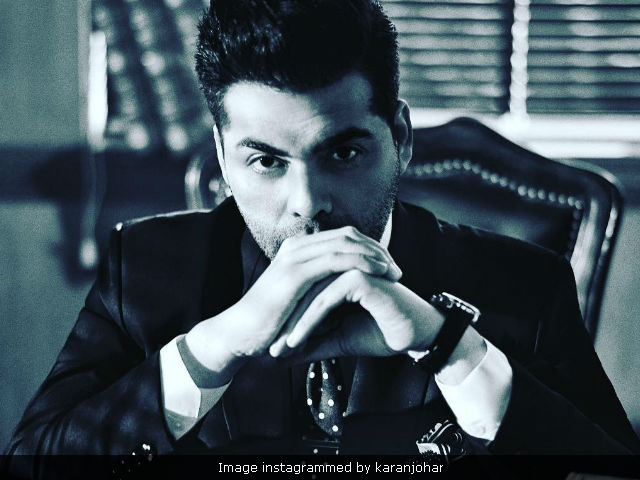 Karan Johar talked about the difficulty in choosing a release date for films. (Image courtesy: KJo)

Box Office clash has become an inevitable reality in Bollywood these days. Filmmaker Karan Johar says that choosing a release date is a meticulous task as a lot of verticals have to be considered before picking a date to release a film, reports news agency PTI. The 43-year-old filmmaker was speaking at an event to launch the trailer of Badrinath Ki Dulhania, which releases on March 17. Recently, two mega films released simultaneously - Shah Rukh Khan's Raees and Hrithik Roshan's Kaabil. Raees' box office score was way ahead of Kaabil's. The former has crossed 100 crore benchmark while Kaabil is hovering at Rs 61 crore. KJo says that nowadays choosing a release date has become more challenging, reports PTI.
"We have to see lot of verticals before releasing a film. We have to strategize a release date, the post work of a film is very critical. The release date is becoming more challenging and we toy about it a lot. We have to look at who is releasing a film before and after us and choose a right date accordingly," said Karan, reports PTI.
Karan also talked about the challenges of releasing a film during the festive season - Salman Khan has booked Eid and Aamir takes Christmas weekend. "I don't want to (release films during Eid). That is owned by Salman Khan... We are here to release films so that we can optimise numbers," he said.
Last year, Karan released his film Ae Dil Hai Mushkil around Diwali. And the release date clashed with Ajay Devgn's Shivaay. In fact, Raees too avoided clash twice - first with Salman Khan's Sultan and then with Karan's Ae Dil Hai Mushkil. It finally released a day before Republic Day.
Badrinath Ki Dulhania, starring Varun Dhawan and Alia Bhatt, will release on Holi and Varun seems to be enjoying the moment. "We are releasing the film on Holi. It's my first festive release so I am very excited. We never get these days (festive dates). I will start from Holi and then move to Diwali, Eid."
Badrinath Ki Dulhania is directed by Shashank Khaitan and is a sequel to 2014 film Humpty Sharma Ki Dulhania.
(With PTI inputs)