Karan Johar: Trying not to make Koffee With Karan controversial this season 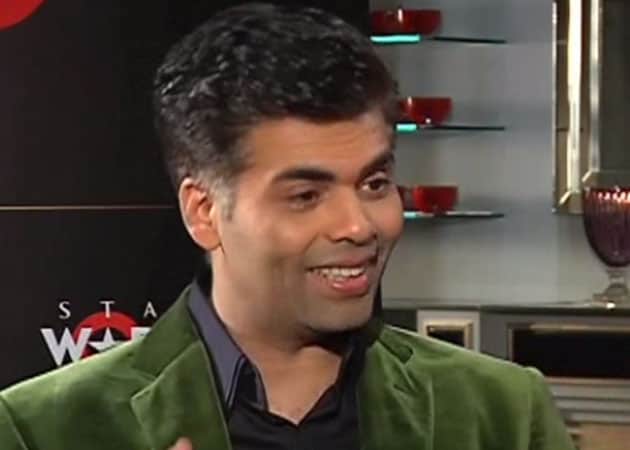 Karan Johar said that the vibe this season is to have a lot of fun.

Filmmaker Karan Johar's talk show Koffee With Karan has been responsible for some of TV's most memorable and controversial moments. The new season, however, may be far tamer than the previous ones if Karan has his way.

Filmmaker Karan Johar's talk show Koffee With Karan has been responsible for some of TV's most memorable and controversial moments. The new season, however, may be far tamer than the previous ones if Karan has his way. This time around the caffeine rush may be more mellow as the director-host doesn't want 'anymore storms in a coffee cup'.
"The whole idea with Koffee With Karan is to read between the lines. Sometimes the things they don't say but say it with their expression is what we have to find out. We have to really scratch the surface a little bit. But this time, everyone's coming really guarded after a little bit of a stir was created in some of the episodes in the last season," says Karan.
"I didn't want to get into the lull after the storm situation. I have worked out a way in making them answer the questions comfortably and yet not forcing them or pinning them down to reveal anything that could cause another stir," the filmmaker added.
So we can't expect Deepika Padukone and Sonam Kapoor ganging up against Ranbir Kapoor, or Priyanka Chopra and Kareena Kapoor trading insults about accents. So what can we expect?
The Student Of The Year director says that he wants his celebrity guests to talk about things which are 'ridiculous, idiotic and not relevant to the work of the moment at all'.
"The vibe this season to have a lot of fun. I want them to just have a really great time sipping cups of coffee. I am trying for not to be controversial, but if it comes my way, I will accept with open arms," Karan Johar says.
Perhaps, given that the very first guest of this season is Karan Johar's best friend Shah Rukh Khan's one-time sworn enemy Salman Khan, controversy will perhaps create itself with little or no help from Karan. This is how Karan managed to get Salman on his show: "I begged, borrowed him and hopefully will steal some fun."
We also know that Deepika Padukone and Priyanka Chopra are appearing on the show together. But what about SRK? "He will definitely come on the show. He is part of everything I have done," says Karan.
"And when he comes, he will arrive with grandeur and splendour like he always does," came KJo's loyal vote of confidence, Salman or no Salman.
Watch: