"People have a lot of time in the world to give you their opinion. It's what you choose to take in or not to. I have decided, you can call it a good mid-life crisis, I am 44 and I don't listen to people anymore," said Karan Johar 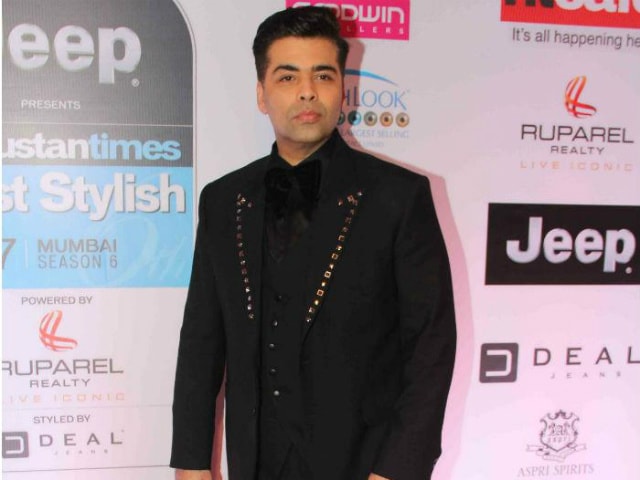 Filmmaker Karan Johar says that he's 44 now and is better off without taking people's opinions into consideration. The filmmaker also attempts to explain his decision as a result of "mid-life crisis," reported news agency PTI. "People have a lot of time in the world to give you their opinion. It's what you choose to take in or not to. I have decided, you can call it a good mid-life crisis, I am 44 and I don't listen to people anymore," PTI quoted Karan as saying. Karan was recently the subject of headlines for his infamous spat with actress Kangana Ranaut. The 34-year-old actress accused Karan as the "flag-bearer of nepotism" in Bollywood when Karan retorted saying that he's "done with" Kangana playing the "victim card." Karan Johar was speaking at the book launch of legendary sarod player Ustad Amjad Ali Khan.
Karan also mentioned that he's stopped paying heed to unwanted suggestions and mentioned how he avoids them. "I have stopped worrying about the ramification or what others say. You have to basically become deaf because today opinions are available everywhere. You wake up to opinions, sleep and you're reading opinions," PTI quoted Karan as saying.
Talking about being experimental with his cinema, Karan said: "It is only in the last decade and ironically after I lost my father, I grew wings. His constant emotional surveillance may not have allowed me to take few chances in cinema." Karan Johar is the son of celebrated filmmaker Yash Johar, who died in 2004.
"I made a film about homosexuality in Bombay Talkies which said how it is sometimes hidden because of societal pressure, I did take that chance because that was the kind of film I was making. Today, I feel there is a lot more freedom I exercise when it comes to my work," Karan added.
Karan Johar has produced and directed films like My Name Is Khan, Kabhi Alvida Naa Kehna and Student of the Year. He last produced Badrinath Ki Dulhania, starring Alia Bhatt and Varun Dhawan. Karan will next be producing Ayan Mukerji's Dragon, co-starring Alia Bhatt. Karan Johar recently became father to twins Roohi and Yash via surrogacy.
(With PTI inputs)