Karan Johar's Twins Get A 'Special' Gift From Javed Akhtar. Here Are Pics 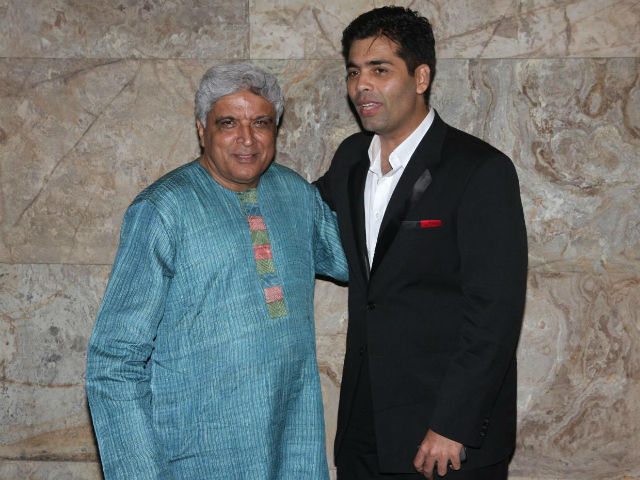 Filmmaker Karan Johar, who recently became a father to twins, Roohi and Yash, has received the most 'special' present for his little bundles of joy. Lyricist Javed Akhtar has written poems for Roohi and Yash, pictures of which were shared by Karan Johar on Twitter. Mr Johar thanked Javed Akhtar for his blessings and wrote, "Thank you Javedsaab... This will always remain truly special to us... We love you lots!! Yash, Roohi and me (sic)." In the verses, Javed Akhtar explains to Roohi and Yash what their names mean, what they are to Karan Johar and encourages them to make their father proud. Karan had announced Roohi and Yash's birth through social media earlier in March. They were born in February via surrogacy.
Here's Roohi and Yash's special gift:


Mom and I are extremely touched with your warm and wonderful present...thank you @AzmiShabana@Javedakhtarjadu ...big love and respect...

Karan Johar brought Roohi and Yash home last month. Due to their premature birth, they were kept at Suriya Hospital's NICU ward. Alia Bhatt, Sidharth Malhotra and Varun Dhawan, who made their Bollywood debut with Karan Johar's Student Of The Year, were the first ones to see the children.
Roohi and Yash's nursery has been designed by Karan's best friend Gauri Khan. Gauri, Kareena Kapoor Khan and fashion designer Manish Malhotra were the only three people from the industry who knew about the birth of Karan's twins.
Want to take a tour of Roohi and Yash's nursery?
Check it out here.

@gaurikhan designs my baby nursery with so much love and care!! Love you gauri! It's the most beautiful space....

Truly, it is no less than a 'paradise.'
Mr Akhtar has written lyrics for Karan Johar's films like Wake Up Sid, Kabhi Alvida Na Kehna and Kal Ho Naa Ho.
Karan Johar's last directed film was 2016's Ae Dil Hai Mushkil. His Dharma Productions is in charge of the Hindi version of S S Rajamouli's Baahubali: The Conclusion. The film hits the theatres on April 28.