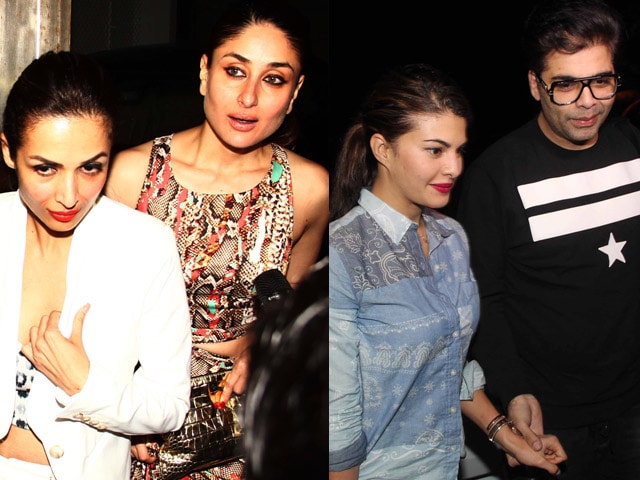 We usually spot this Mumbai party gang - Kareena Kapoor, Gauri Khan, Malaika Arora Khan - at Karan Johar's residence, a change of venue was in order on February 16. The A-list partygoers collected at director Zoya Akhtar's home instead. In a satisfying reversal of Bollywood's notorious gender imbalance, KJo served as the token male among a mostly-female group.
We saw Kareena looking sultry in a printed cut-out maxi, which she jazzed up with a metallic cuff-watch and leather clutch. (In Pics: Kareena, Jacqueline, Malaika Glam-up Zoya Akhtar's Party) 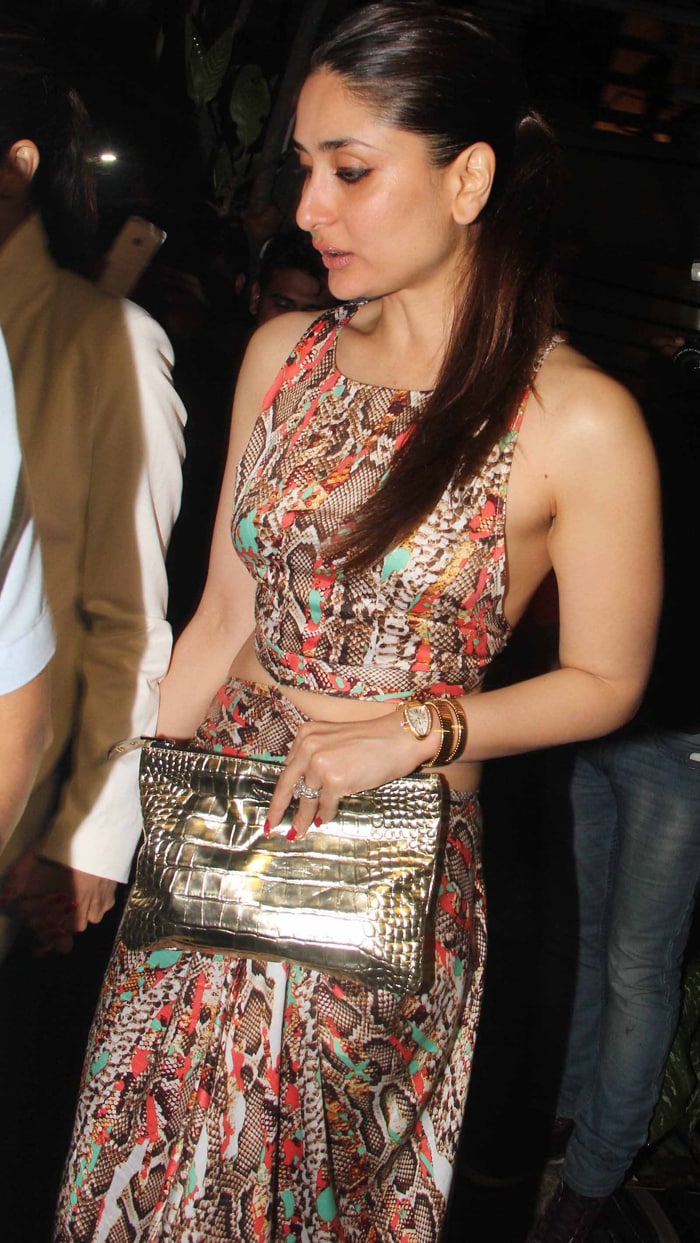 We also spotted actress Jacqueline Fernandez, dressed in patchwork denim shirt over white cropped jeans, making a click-worthy entrance with filmmaker Karan Johar, whom she will be working with in Brothers. Jacqueline was all smiles for the paparazzi smiled despite the fact that her recent release Roy is struggling at the box office. 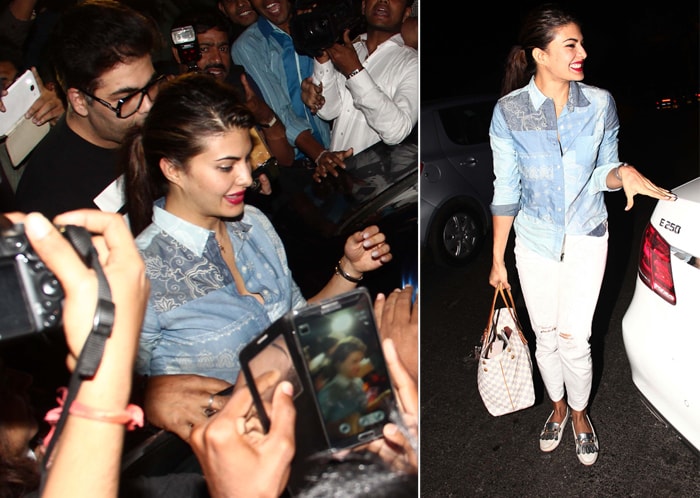 Actor Shah Rukh Khan's wife Gauri Khan was in a hurry to get away from the flashing cameras. Gauri looked classy in a black jumpsuit, which she wore minus accessories. Actor Chunky Pandey's wife Bhavana also kept her style casual with regular jeans and a black georgette top. 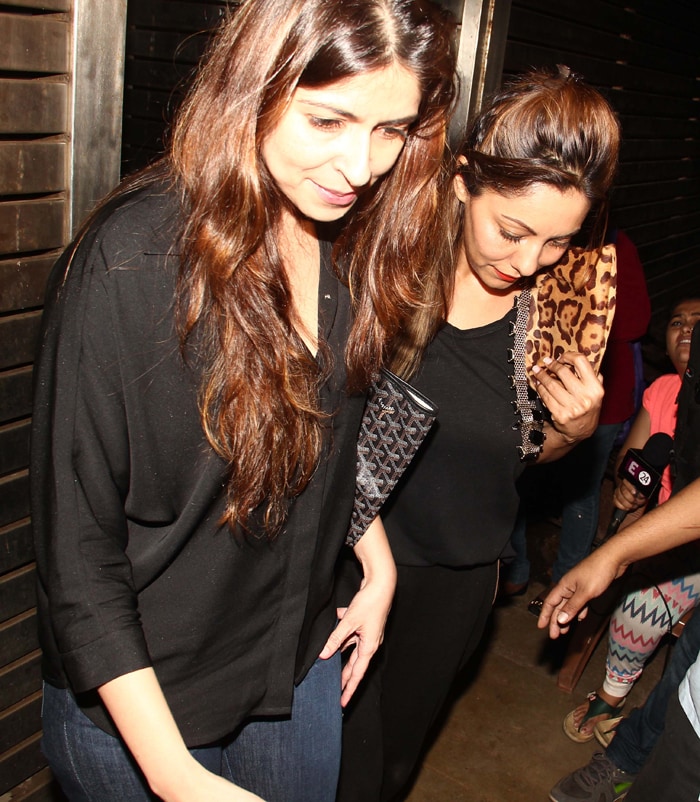 Dressing like pros were sisters Malaika and Amrita Arora. While Malaika opted for a white suit with cropped top underneath, Amrita wore a printed outfit. 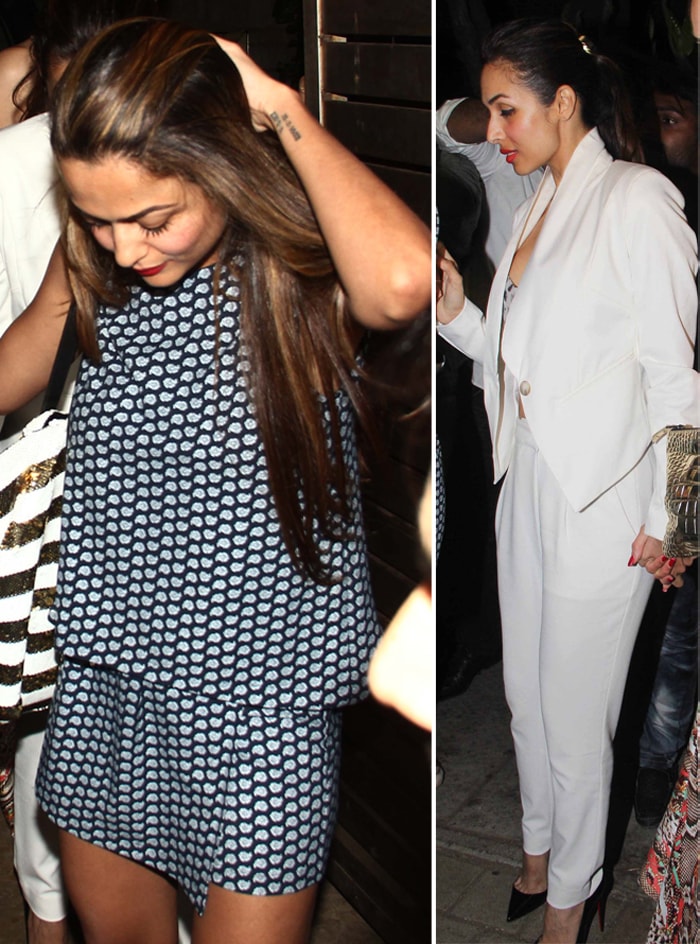 Actor Sohail Khan's wife Seema was seen lending a helping hand to socialite Anu Dewan who hobbled along on crutches but with her party spirit intact. Also on the guest list was actor-producer Sanjay Kapoor's wife, jewellery designer Maheep Kapoor. 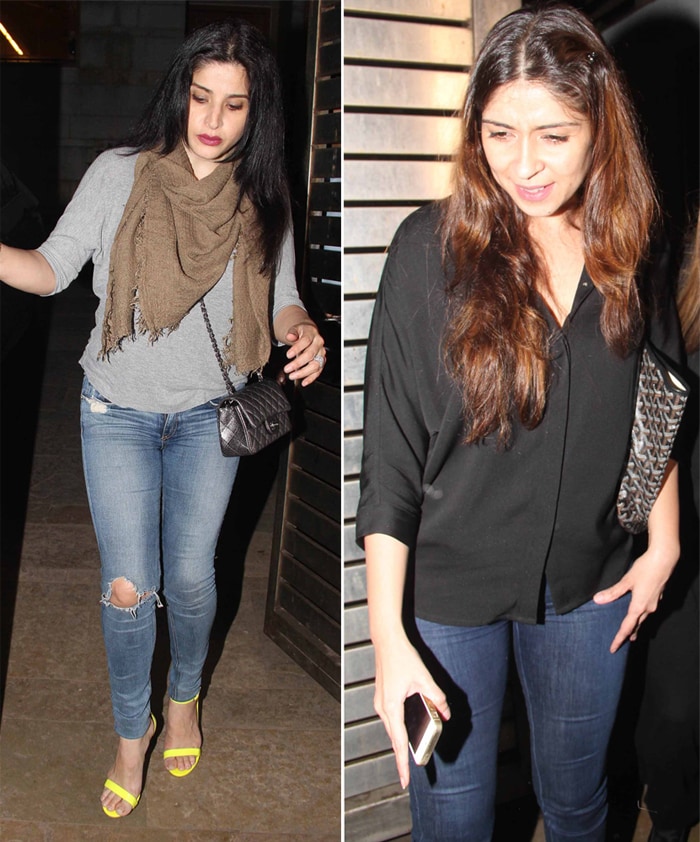 Zoya Akhtar's next film Dil Dhadakne Do is out this June.