Kareena: Kapoor girls not allowed to act is an outdated thought 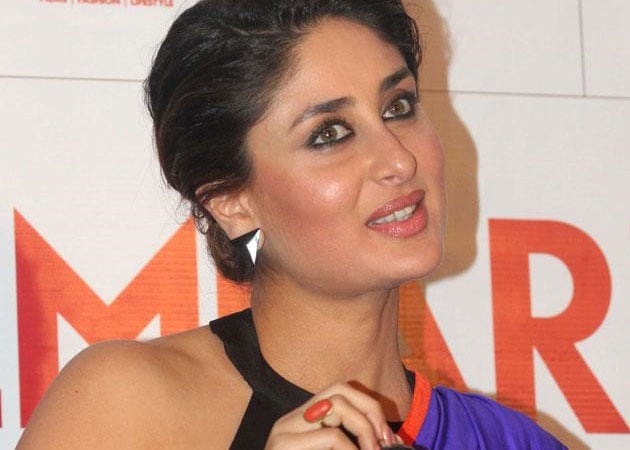 Kareena will next be seen in Gori Tere Pyaar Mein

Kareena Kapoor's romance and marriage with Saif Ali Khan made headlines but the actress says she prefers to stay away from the limelight.

Kareena Kapoor's romance and marriage with Saif Ali Khan made headlines but the actress says she prefers to stay away from the limelight.
The 33-year-old actress, who married long-time partner Saif, 43, last year, says she never concentrated on image building and gets completely foxed when people talk about public relation skills.
"I don't know why people feel that I am snooty. I am not a person who has ever given an interview on image building. I have never been that person as I am very confident of what I do. People do PR but I get completely foxed. I don't know how to do it. I stay away from the limelight as I think my work should speak on my behalf," Kareena told PTI in an interview.
Kareena has made a mark in Bollywood by starring in films like Asoka, Kabhi Khushi Kabhie Gham, Chameli, Omkara, Jab We Met and Talaash.
The actress said she always nurtured the dream of becoming an actress and her parents, Randhir Kapoor and Babita, supported her decision. The actress said it was an old thought that women in Kapoor clan were not allowed to act.
"My parents are very modern. My father is a cosmopolitan person. He always supported the fact that I will be an actress. There is nothing else I would do rather than being an actor. I am passionate about acting. Girls in our family are not allowed to act is quite an outdated thought to have. They did it till my mother but now no more," she said.
Kareena is all geared up for her upcoming romantic release Gori Tere Pyaar Mein, where she is teaming up with Imran Khan after Ek Main Aur Ekk Tu.
"It was lot more fun this time to work with Imran. I got to know him during the making of Ek Main aur Ekk Tu but with this film, I had fun because we share a great comfort level now. He is growing as an actor with his each film," she said.
Directed by Punit Malhotra and produced by Karan Johar, Gori Tere Pyaar Mein will hit theatres on November 22. The actress says the film is close to her heart because she went back to Bhuj, where she shot her debut Refugee.
"I started my career with Refugee in Bhuj. Now, it has become a full-fledged city. The town has changed completely. I am so happy that I got the opportunity to go back to the same place. I gave my first shot there," she said.
Kareena, who married Saif at the peak of her career, feels marriage does not mean that she will compromise on the professional front.
"This is my job and being married is a separate part. My thinking is lot more different with many actresses in the industry. I don't understand why people in showbiz put their profession of acting in the back seat after marriage.
"Even before marriage, I was with Saif for five years and I worked with almost every actor. I will continue to do like I did before my marriage," she added.