Kareena Kapoor: I Get Paid Really Well, Have No Complaints 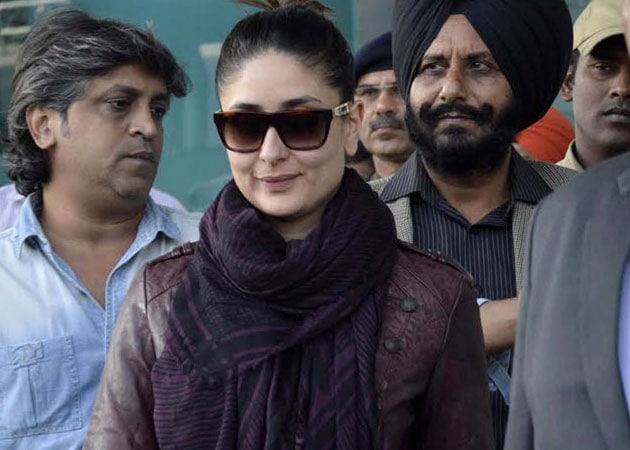 Actress Kareena Kapoor, who has worked with some of the biggest banners in Bollywood, says that she has no complaints about the remuneration structure in the film industry as she is "paid really well."

Actress Kareena Kapoor, who has worked with some of the biggest banners in Bollywood, says that she has no complaints about the remuneration structure in the film industry as she is "paid really well." (Also Read: Why Kareena Kapoor Couldn't Watch Husband Saif's Humshakals)
While actresses like Vidya Balan and Priyanka Chopra feel there is disparity in the remuneration system compared to actors in Bollywood, Kareena shares a different opinion.
"I get paid very well and I have no complaints. If it's a big budget film, they can afford it and what works for another actress might not work for somebody else," the actress told reporters in a group interview.
"I feel each and every actor is different. For example, I could never have done The Dirty Picture. I don't have that courage and boldness, but for me it's a challenge to be a part of Golmaal 3 and I still have a great role. It's an honour for me to be a part of Singham and that works for me. It's unfair to draw any comparisons," she added.
However, the 33-year-old was of a different opinion in the year 2012 when, at an event in the capital, she shared how Vidya's National Award-winning performance in the 2011 film The Dirty Picture had given actresses the hope for a brighter tomorrow in the Indian film industry.
Kareena had said back then that she would fight for "equal pay cheques" for both actors and actresses.
Meanwhile Kareena is waiting for Rohit Shetty's Singham Returns, also starring Ajay Devgn. The film is the second instalment of the 2011 Bollywood blockbuster Singham and is scheduled to release in August.