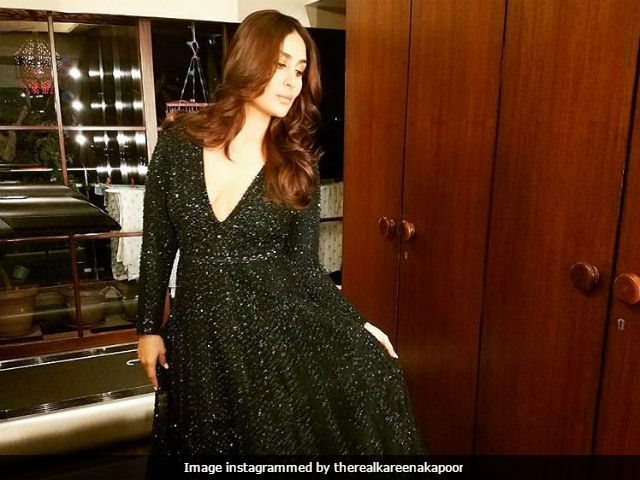 Kareena Kapoor is in London again and stunning pictures of the 36-year-old actress from a photoshoot are going viral on the Internet. Mumbai Mirror reports that Kareena Kapoor is in London to shoot for a commercial. In the pictures that have surfaced on social media, the Jab We Met actress can be seen posing at Tower Bridge and Trafalgar Square. Kareena Kapoor looks stunning in a yellow gown which has been paired with a black jacket and a shawl in two different pictures. On Wednesday, the 3 Idiots actress was photographed along with husband Saif Ali Khan at the Mumbai airport.
See the pictures from Kareena Kapoor's photoshoot

During her pregnancy, Kareena Kapoor Khan had set trends by being active at work. The actress elegantly posed for the cameras and inspired a lot of expecting mothers to be comfortable with the changes in their bodies.
The Kurbaan actress, who was blessed with a baby boy, Taimur on December 20 last year, has been spotted religiously working out post her delivery.
Kareena Kapoor, who was last seen in R Balki's Ki and Ka, co-starring Arjun Kapoor, will be making her comeback to the big screen with Veere Di Wedding. The film has been produced by Rhea Kapoor and also stars Sonam Kapoor and Swara Bhaskar.
According to Times Of India reports, Kareena Kapoor's close friend and filmmaker Karan Johar wants to sign her for a romantic comedy. "Karan has approached her for one of his home productions. It's a romcom and two friends are talking the project over," Times Of India quoted a source as saying.