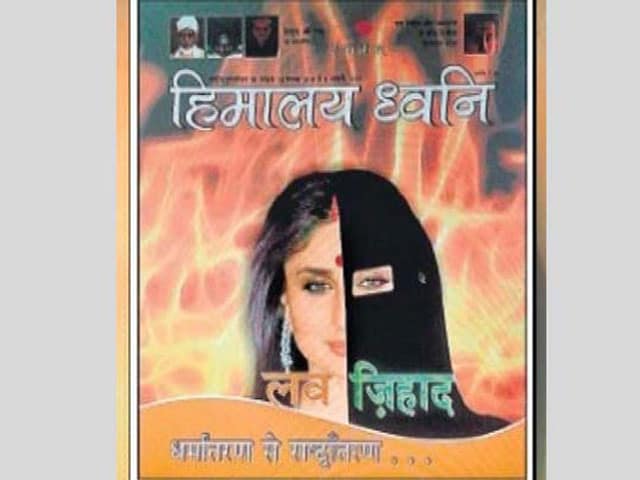 The photo of Kareena doing the rounds on Twitter, shows half of her face covered by a niqab

Almost two weeks after a morphed picture of Kareena Kapoor was splashed on a religious group's magazine cover as a warning against 'love jihad', the actress is said to have beefed up her personal security.

Sources suggest that she has hired two bodyguards besides tightening the security at her Bandra residence.

Bebo and her actor-husband Saif Ali Khan had received death threats prior to their wedding in October, 2012. Earlier this month, she was again targeted by the Vishva Hindu Parishad's young women's wing, Durga Vahini, in their magazine to support a campaign to "reconvert" Hindu women who married Muslim men. Its cover, which went viral online, shows Kareena's face half covered with a niqab.

A source says, "With the ongoing love jihad debate, Kareena is concerned about her safety. Unlike a few other stars, she never felt the need to be escorted or chaperoned, until now."

Another source close to the actress clarifies that the bodyguards have been hired as a precautionary measure but there was no such serious threat to her life.