Kareena Kapoor Khan said, "I feel alive because I feel I am in the best phase of my life. I am a happy person and always look out for positivity" 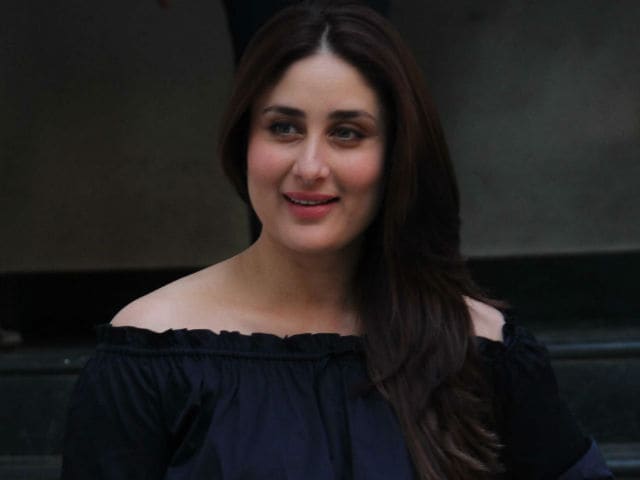 Bollywood actress Kareena Kapoor Khan, who gave birth to Taimur Ali Khan in December last year said that she is in the best phase of her life, reported news agency IANS. Kareena, 36, said, "I feel alive because I feel I am in the best phase of my life. I am a happy person and always look out for positivity." The actress is currently on maternal leave and will start shooting for her next film Veere Di Wedding from April. Kareena also has plans to juggle motherhood and work and during a live chat on Facebook in February, she said that she would take Taimur to the sets of her films if she needs to.
Kareena is quite a professional when it comes to work. During pregnancy, she made sure to finish off her work commitments on time and even walked the ramp while she was heavily pregnant with Taimur. Speaking on her professional life, she earlier told IANS, "I have always balanced my work and my marriage. People thought that I wouldn't, and I did. I am going to continue to do that. I think women know how to multi-task." Kareena had signed Veere Di Wedding after she was pregnant with Taimur. The Jab We Met actress maintained her style quotient during pregnancy and continued to be active at endorsement-related events and social gatherings.
To a query on the trouble many celebrities face after expressing their opinion on social media, Kareena told IANS, "I would rather watch TV in home and relax than express my opinion on everything and get trolled by people on social media. I am one of the actress who is neither on Twitter, nor on Instagram."
Of her little son, she had said that Taimur is very good looking and has Pathan genes.
Kareena Kapoor married actor Saif Ali Khan in 2012 and Taimur is the couple's first child together. Right after their son was born, the couple was trolled for the choice of name.
Professionally, Kareena Kapoor Khan, who was last seen in Ki and Ka is prepping for Veere Di Wedding, which also stars Sonam Kapoor and Swara Bhaskar. Directed by Shashanka Ghosh, the film is a romantic comedy which is about four women who embark on a trip from Delhi to Europe.
(With IANS inputs)