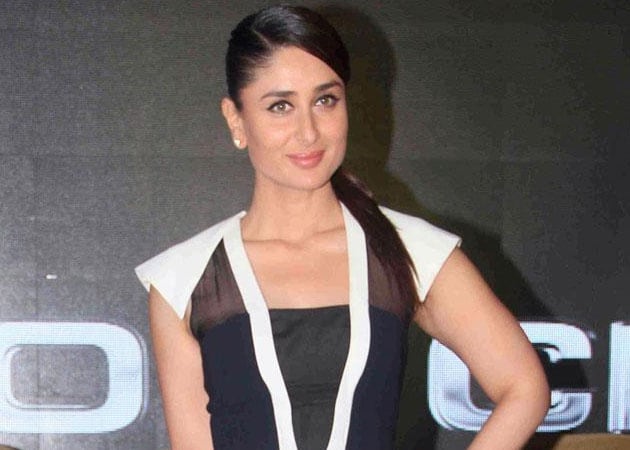 Kareena says she is excited to be a part of an action film and her focus is on getting good scripts, and roles with substance.

Actress Kareena Kapoor, who has been missing in action ever since the debacle of her bubblegum romance Gori Tere Pyaar Mein, now steps once again into the action zone with Rohit Shetty's Singham Returns. Kareena, who has been part of Shetty's comic series Golmaal, said she had no doubts when approached for Singham Returns opposite Ajay Devgn, her co star from the hit Golmaal Returns and the critically acclaimed Omkara.
But did Kareena ever wonder what she was doing in Singham Returns, amidst crashing cars, guns and all that action? "No ways. As I say, even Iron Man needs a pretty lady, and what is Iron Man without Gwyenth Paltrow? She adds to the narrative and so do I in this film," said Kareena.
Laughing at how heroines these days who earlier turned up their pretty noses at the Rohit Shetty brand of cinema now insist on having his movies on their resume, Kareena said " Yes, you are right. I have always maintained that Rohit is a great director, he understands entertainment in the classic sense. There is action, there is humor, everything you need in a film. He is the best we have."
The actress, who has been rejecting movies left right and center lately, said her focus is on getting good scripts, and roles with substance. She also added that it's been a conscious decision to do fewer films, since it give her more time to do other things like traveling for a longer time and spending time with family. "My priorities have changed post-marriage," said the actress who is married to actor Saif Ali Khan.
So any plans to start a family? "Not any time soon," she said and then added: "But yes, in the near future."
Ajay Devgn, her co-star, had not anticipated the success of the first Singham and feels Singham 2 will strike a chord since its far more realistic. But when asked what he had that the Khans didn't, he cheekily said "I have said this before - it's height."
Also, he felt that it was unfair to compare the Khans and him since each brought his own craft to the movies. "I cannot do a romantic film like Shah Rukh who is the king of romance. Likewise, I doubt if Shah Rukh can convince in a Singham kind of a role," said Ajay.
A man who abhors award ceremonies, Ajay continues to maintain his distance saying the awards have lost their credibility, since stars are invited to grab eye balls and promised money and an award in return for their presence.
However, his co star Kareena, an award ceremony favourite, preferred to maintain a diplomatic silence on that front.