Did Saif Ali Khan get down on one knee for the proposal? "No, that's just the image that he has, but he's far from that," Kareena said. Kareena opened up about her personal life on a television show 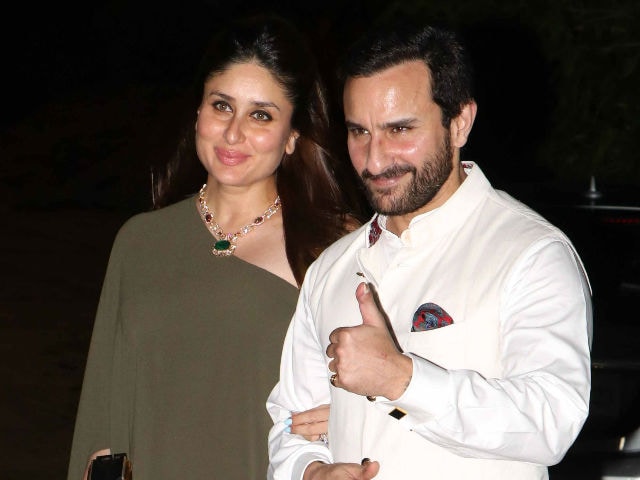 Kareena Kapoor and Saif Ali Khan are known as Bollywood's 'royal' couple, but the actress says she rejected Saif 's proposal initially due to her career.
Kareena and Saif got married in 2012 after a five-year long relationship. The actress opened up about her personal life on a television show in which she appears with her designer friend Manish Malhotra.

When the show's host Kamal Sidhu asked Kareena how Saif proposed to her, she said that he proposed twice because she turned him down the first time.
"He actually proposed to me a couple of months after we met only in Paris. In fact, his father (Indian cricketing legend Mansoor Ali Khan Pataudi aka Tiger Pataudi) proposed to his mother (veteran actress Sharmila Tagore) also in Paris when she was shooting a film An Evening in Paris. And we were on a holiday in Paris as well and I was just like 'Yeah, of course'," Kareena said in a statement.
The actress, who is expecting her first child with Saif, said that the first proposal happened when they were at the Ritz Hotel in Paris.

"I think it was at the bar and then I think I said no and then there was one more time, in the same trip, and then we were at the Notre Dame Church. I was just like let's not talk about it. Because I was into my career and I was like, 'Let me think about it' and obviously two days later I was like 'Yeah'," she added.
So, did Saif get down on one knee for the proposal? "No, that's just the image that he has, but he's far from that," Kareena said.
(Except for the headline, this story has not been edited by NDTV staff and is published from a syndicated feed.)