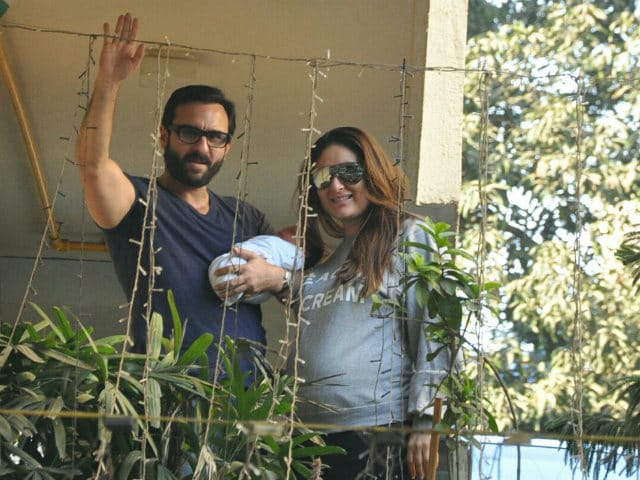 Kareena, Saif Ali Khan and Taimur outside their Mumbai residence

New mom Kareena Kapoor Khan, who welcomed a baby boy on December 20, was discharged from Mumbai's Breach Candy Hospital on Thursday afternoon. Kareena, 36, and husband Saif Ali Khan, 46, have named their son Taimur Ali Khan Pataudi. Kareena and son Taimur went home from hospital today with Saif by their side. Kareena and Saif, who married in 2012, announced the arrival of the baby with this statement on Tuesday morning: "We are very pleased to share with you all the wonderful news about the birth of our son: Taimur Ali Khan Pataudi, on the 20th of December 2016. We would like to thank the media for the understanding and support they have given us over the last 9 months, and of course especially our fans and well-wishers for their continued affection. Merry Christmas and a happy new year to you all."
Before entering their Mumbai residence, Kareena and Saif waved cheerfully at the cameras from what appears to be the front porch. The new parents could not stop grinning while baby Taimur was safely ensconced in his father's arms. Kareena, fresh out of hospital, was dressed in a comfortable grey sweat shirt and sported a pair of kala chashma. 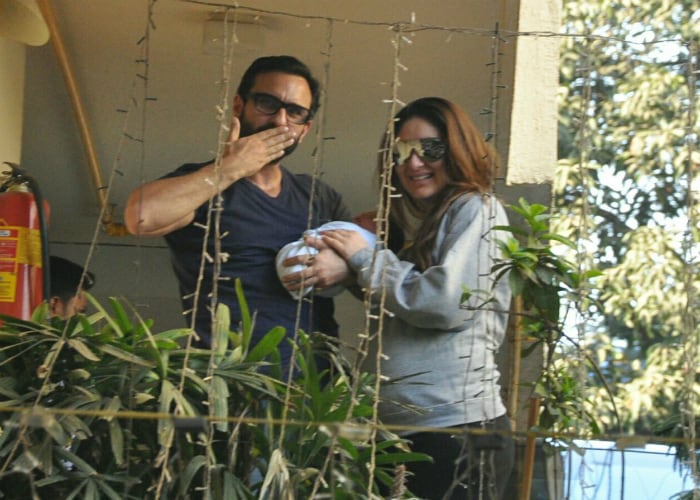 Kareena and Saif waved at the paparazzi 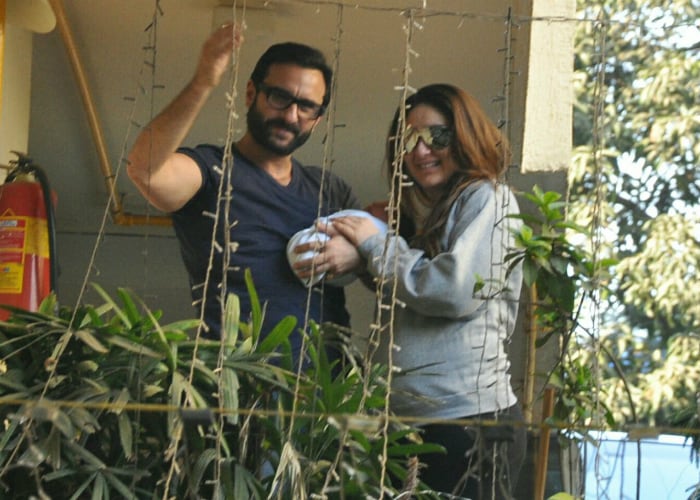 Kareena and Saif smiled from ear-to-ear

Kareena and Saif were both chill with the paparazzi. Saif even flashed the victory sign. 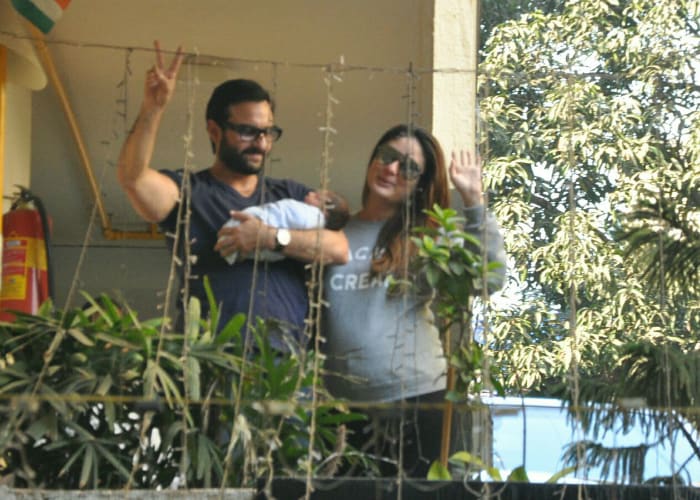 Kareena and Saif are co-stars of Omkara, Kurbaan and Agent Vinod 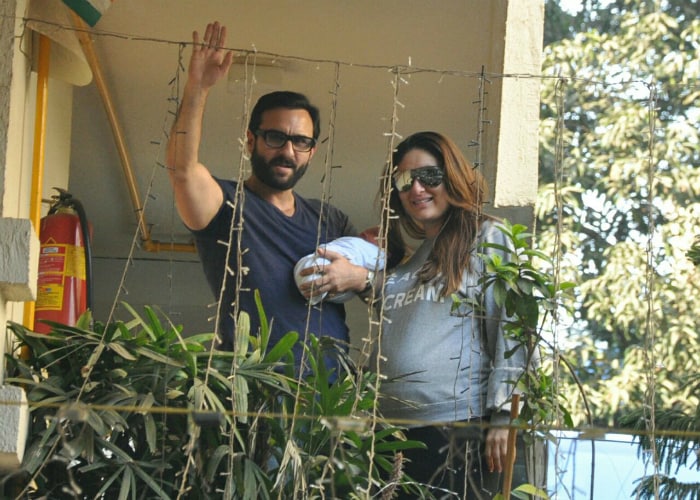 Kareena and Saif married in 2012

A nursery, custom made for the littlest Khan, has already been prepared for his arrival in the Kapoor-Khans' Mumbai residence. Here's a look at the 'Pataudi Crest' for baby Taimur.

Meanwhile, Kareena Kapoor and baby Taimur Ali Khan were visited in hospital by both the Kapoors and Khans. Kareena's parents Babita and Randhir and her uncle Rishi Kapoor were spotted driving out of Breach Candy Hospital on Wednesday evening. Saif's mother Sharmila Tagore, sister Soha Ali Khan and her husband Kunal Khemu visited the baby on Tuesday. Kareena's best friend Amrita Arora has been a regular visitor so far.
Taimur's name has become controversial on Twitter, which has been invoking Timur or Tamarlane, the Mongol invader who sacked Delhi in the 1300s. Kareena and Saif have not commented yet but Rishi Kapoor has been waging a personal war against trolls on his Twitter account.
Kareena Kapoor and Saif Ali Khan fell in love on the sets of 2008 film Tashan. They dated for four years before getting married. Kareena and Saif are also co-stars of films like Omkara, Kurbaan and Agent Vinod.
Last seen in a small role in Udta Punjab, Kareena Kapoor's next project is wedding drama Veere Di Wedding, co-starring Sonam Kapoor and Swara Bhaskar. Kareena made headlines when she was cast in the film - actresses have earlier been dropped from movies after announcing their pregnancies, notably Aishwarya Rai Bachchan who was replaced by Kareena in Madhur Bhandarkar's Heroine. Saif Ali Khan has director Vishal Bhardwaj's Rangoon releasing next year.