Kareena Kapoor, Saif Ali Khan's Life Together Will Be Part Of TV Show On Him 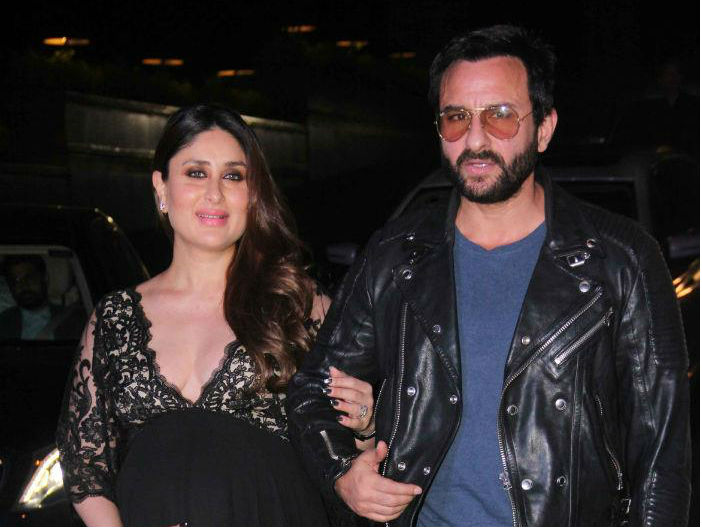 Parents-in-waiting Kareena Kapoor and Saif Ali Khan will feature on a special TV show that will focus on Saif's personal life, reports news agency IANS. Saif, 46, will reportedly reveal details about himself on Living With A Superstar - Saif Ali Khan. Kareena, 36, and Saif began dating after they co-starred in 2008 film Tashan. They married in 2012 and their first child is expected to arrive anytime now. Kareena and Saif also appeared together in the films Omkara, Kurbaan and Agent Vinod. Both belong to a family of actors - Saif's mother is actress Sharmila Tagore, his sister Soha and brother-in-law Kunal Khemu also act; Kareena is the daughter of Randhir and Babita Kapoor, granddaughter of Raj Kapoor, sister of actress Karisma, niece of Rishi and Neetu Kapoor. Her granduncles are Shammi and Shashi Kapoor and Ranbir Kapoor is her cousin.
The planned TV show will allow fans an all-access pass to Saif's private and professional life. A statement said: "Cameras will follow the enigmatic Saif in India and abroad to present the all-inclusive glimpse of his world, including his relationships with his family, wife and actress Kareena Kapoor Khan, friends, staff and other filmmakers."
"I think a good lifestyle show needs to be honest and in-depth, truly exposing what has been personal. I want this show to be so true that I can review it as a chronicle of my life. I would like to invite all the viewers of this show to share the thoughts and experiences that have made me who I am. I hope you enjoy the show," Saif said, reports IANS.
Saif Ali Khan, who was previously married to actress Amrita Singh and has two children - daughter Sara and son Ibrahim - with her, will be the second actor to feature on the show, after Shah Rukh Khan.
Living With A Superstar - Saif Ali Khan will be directed by filmmaker Samar Khan, shot in India and overseas and is scheduled to premiere next year on TLC.
Saif Ali Khan, who made his debut in 1993 film Parampara, was last seen in 2015's Phantom. His next film is Vishal Bhardwaj's Rangoon, expected next year.
(With inputs from IANS)