Kareena Kapoor: Same profession is not the reason why Saif and I are together 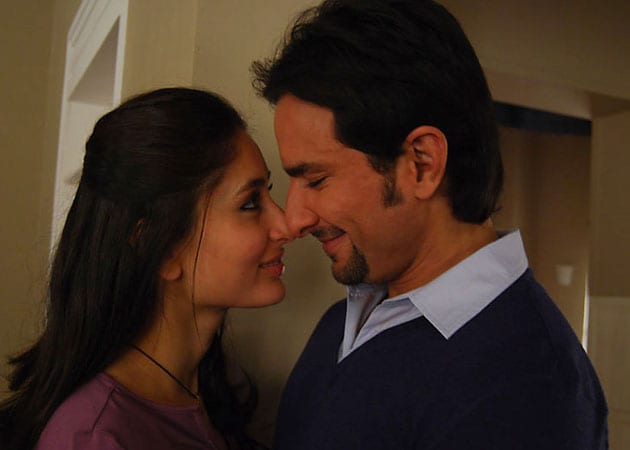 Saif and Kareena got married in October last year.

He may be one of the most bankable stars in Hindi film industry but Saif Ali Khan's actress wife Kareena Kapoor has revealed that her husband hardly watches Bollywood movies.

He may be one of the most bankable stars in Hindi film industry but Saif Ali Khan's actress wife Kareena Kapoor has revealed that her husband hardly watches Bollywood movies.
Kareena, 33, who worked with Saif in films like LOC Kargil, Omkara, Kurbaan and Agent Vinod, said the couple keep their professional life separate from their personal one.
"Saif hardly sees any Hindi movie. He acts in Hindi movies but he doesn't watch them. He doesn't know anything about what films I am going to do. He has never asked me about what film I am doing or whom I am working with. We never discuss work at home as a rule. Same profession is not the reason why we are together today," Kareena told PTI.
The actress, whose latest film Gori Tere Pyaar Mein released today, also said that they do not like to go to Bollywood parties.
"We don't go to a typical Bollywood party. We don't like to go to. We have other friends and we talk about other things apart from films," she added.
Kareena, who is 10 years younger to Saif, said she is learning everyday something from him.
"I am always learning something from him. He is an intelligent person and he reads a lot. While I don't. So, I keep learning things from him. I have learnt how to live life through him. I learnt from him how to keep my personal and professional life separate."