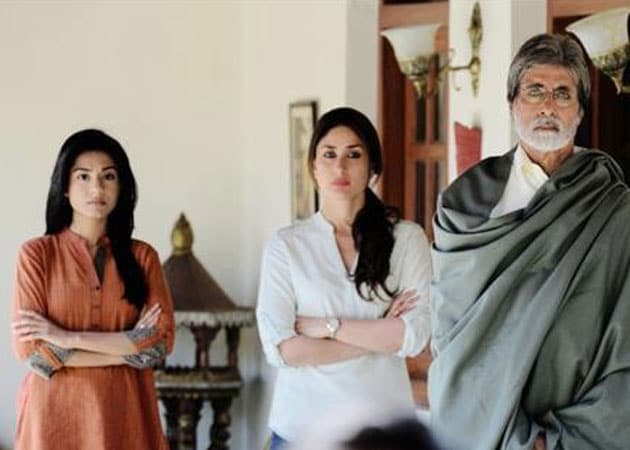 The movie will release on August 23

Prakash Jha-directed Satyagraha depicts the common man's reaction to the sorry state of affairs and shows their angst and disappointment with the system, said the actors featuring in the upcoming film.

Prakash Jha-directed Satyagraha depicts the common man's reaction to the sorry state of affairs and shows their angst and disappointment with the system, said the actors featuring in the upcoming film.
The film, which will hit the theatres in August, stars Amitabh Bachchan, Ajay Devgan, Manoj Bajpayee, Kareena Kapoor, Arjun Rampal and Amrita Rao.
"We are living in an India where I think we deserve a better standard of living. I think Satyagraha is the ideal way for common man to show their angst and disappointment," Amrita told reporters at the first trailer launch of the film.
Amrita plays daughter-in-law of Big B.
"A revolution...a movement happens in every part of the world when people are disappointed with the state of affair in their country," Manoj said.
"It (Satyagraha - a Gandhian method of agitation) is peaceful way of revolution," Ajay said.
Bachchan plays a man who is a firm believer in truth.He is like a new age Gandhi. "It (Satyagraha) was started in Ireland several years ago. I believe truth always prevails," Big B said.
Manoj plays a young politician who uses every means to break the system. He is the real threat to democracy.
Ajay, a successful entrepreneur, represents shining India, while Kareena dons the role of a firebrand TV reporter.
"I am sure the film will influence the youth. I had great time doing the film," Kareena said.
The film's promo gave the feel that Satyagraha is inspired by the 2011 Anna Hazare movement. But Jha said film had nothing to do with Hazare and its about father-son relation.
The trailer was launched globally. Ajay and Kareena were in London, while the rest of the team was present in Mumbai.