Kareena Kapoor Says She Believes in Love, Not in 'Love Jihad' 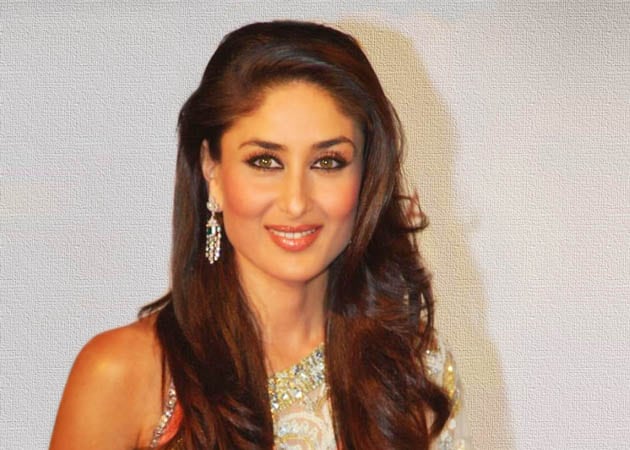 Kareena is currently shooting for Bajrangi Bhaijan in Delhi, a film based on the love story of a Hindu girl and a Muslim boy

Kareena says caste and creed are irrelevant in love

Kareena Kapoor believes in "the feeling of love" which, she feels, can happen between two people regardless of caste, creed, or religion. Therefore, the actress doesn't relate to the concept of 'Love Jihad' and says that she does not believe in such theories.

"I believe only in the feeling of love," Kareena, who is married to actor-filmmaker Saif Ali Khan, told IANS when asked about 'Love Jihad', which is allegedly a Muslim project of luring Hindu girls into marriage and religious conversion.

"Saif has a very broad perspective and he also shared his perspective on 'Love Jihad' (via an open letter). He married a Hindu, which is me, and we had a civil marriage," said the actress.

"I feel that love is something that you can't term. There is passion, there is lust, there are so many things. It can happen between two human beings," said Kareena.

"Now if somebody is Hindu and he or she starts loving a Muslim person, you can't stop them. You cannot ask somebody, 'Are you a Muslim or are you a Hindu?' and then fall in love. Love is a feeling, it's an emotion. That's why I don't believe in 'Love Jihad'. I believe in the feeling of love," added the 34-year-old actress.

Co-incidentally her next film with Salman Khan Bajrangi Bhaijan is also about a Brahmin girl and Muslim boy.

The actress is in Delhi on dual purpose - first she launched the latest bathing range of Vivel titled "Love & Nourish" and now she is busy shooting for Kabir Khan's Bajrangi Bhaijan in the city.

The Bajrangi Bhaijan team started shooting on Wednesday in the bylanes of Chandni Chowk.

"I am playing a girl from Chandni Chowk in the film. I have huge connection with Delhi as I have done a lot of my films shooting here so I love the city," said the actress whose films like 3 Idiots and Kurbaan were shot in the capital.

To be made under Salman Khan Ventures, Bajrangi Bhaijan is being prepared for an Eid release next year.

With over a decade's experience, Kareena is now ready to experiment with new talent and she has as many as 25 scripts from new directors, "which I have not even started reading. I am going to read each and every script."

She was launched by JP Dutta in Refugee and in her over a decade-long stint in filmdom, she has worked with big banners like Dharma Productions and Yash Raj Films. She also collaborated with directors like Sudhir Mishra and Govind Nihalani.

I worked with some young directors in the past. For instance, Shakun Batra in Ek Main Aur Ekk Tu and I want to continue that," she said and added she is looking at directors with fresh ideas and concepts.