Kareena Kapoor said: "I am walking the ramp just 45 days after giving birth to my son. I don't think that it was a big deal to do" 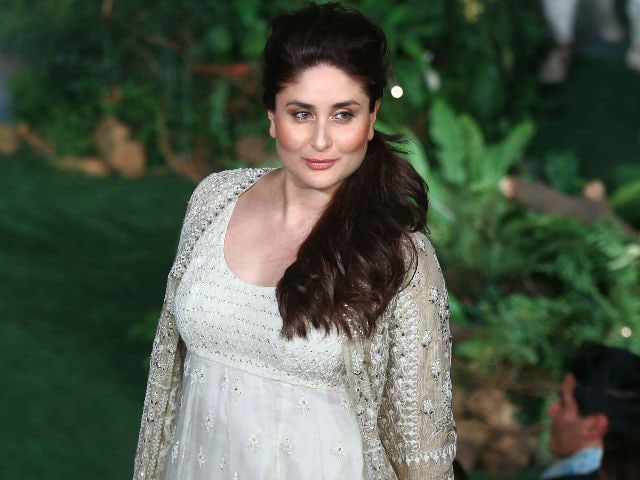 Actress Kareena Kapoor Khan was the showstopper for the grand finale of Lakme fashion Week presented by Anita Dongre. The 36-year-old actress walked the ramp in a hand-crafted embroidery ensemble created by the ace designer under her 'Alchemy' collection. Kareena, who gave birth to baby boy Taimur on December 20, 2016, said that it's not a "big deal" to return to the ramp and that she was happy when the organisers approached her for the show, reports news agency PTI. "I am walking the ramp just 45 days after giving birth to my son. I don't think that it was a big deal to do. I was happy when I was approached with the idea," Kareena told PTI.
Kareena Kapoor is married to actor Saif Ali Khan and Taimur is their first child together. When asked why Saif didn't join her for the show, the Tashan actress told PTI: "I am lucky that I have such an amazing husband. He is very supportive. So whenever I am out working, he takes care of our baby."
Saif and Kareena got married in 2012. They've work together in films like Tashan, Agenct Vinod and Kurbaan. Saif, 42, is divorced from actress Amrita Singh and has two children - Sara, 23, and Ibrahim, 15 - with her.
Kareena will soon start filming Veere Di Wedding which also stars Sonam Kapoor and Swara Bhaskar. Talking about the film, the Ki And Ka actress told NDTV: "We will start the film in April and the shoot will be between Bangkok and Mumbai. The first time a film is being made where there's no hero to carry the film. It's going to be about all women. I think that's a perfect film for me right now."