Kareena Kapoor: Will do an Off-Beat Film if it's Exciting 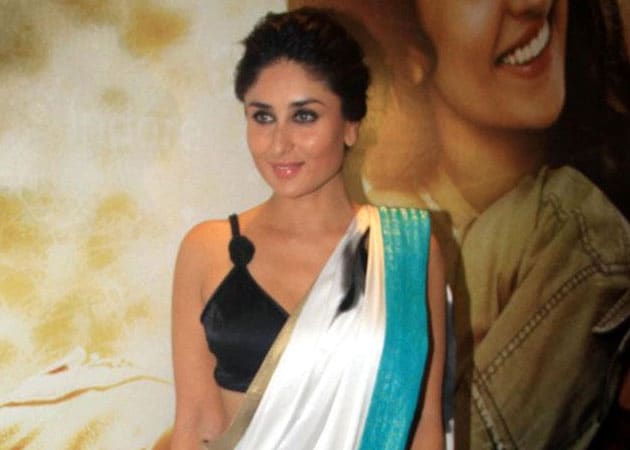 Kareena will soon be seen in Singham Returns opposite Ajay Devgn

Actress Kareena Kapoor Khan says that though she loves doing commercial films, she would not mind being part of off-beat movies if an exciting offer comes her way.

Actress Kareena Kapoor Khan says that though she loves doing commercial films, she would not mind being part of off-beat movies if an exciting offer comes her way.
"Commercial films have their own charm. I love doing commercial masala films. In my career commercial films like Golmaal Returns, Bodyguard, RaOne and others did well at the box office," Kareena said in an interview here. (Also read: I Get Paid Really Well, Have No Complaints: Kareena Kapoor )
"I think the commercial films had something for me to do in it. It is not that in these films I was just there for the heck of it. I enjoy doing commercial films. I think I am the most commercial heroine," she said.
Though the actress loves being part of commercial films, she also wants to act in parallel cinema, provided the offer is exciting.
"I will do that (parallel or off beat cinema), but I won't do it just for the heck of it. I have been one of the initial actresses to do films like Dev, Chameli, Omkara and others," Kareena said. (Also read: Why Kareena Kapoor Didn't Have Three Months for Dil Dhadakne Do Cruise )
"At this stage I will not do a film like that because I have done too much of that. The script has to be good as I don't have anything to prove to anyone now till then I am happy doing commercial films," she said.
Kareena did off-beat films in her career primarily because she needed to balance herself as an artist. "I come from a family where I wanted to prove myself as an actress. I was 21 when I played the role of a prostitute in Chameli and then again played it in Talaash," she said.
"My mother-in-law has played a prostitute twice in her career, in Amar Prem and Mausam, in a span of 13 years and so have I," she said.
At a time when most of the films have intimate or bold scenes, Kareena doesn't seem to be open for it. "I don't think I can be part of a film like The Dirty Picture. I don't think I can ever do a film like this. I don't have the courage and boldness to do such films. For me it is a challenge to be part of a film like Golmaal 3 and still have a great role," Kareena said.
"It is an honour for me to be part of films like Singham Returns, that is what works for me and my career," she said.