Kareena Kapoor's in charge on set, say co-star and director 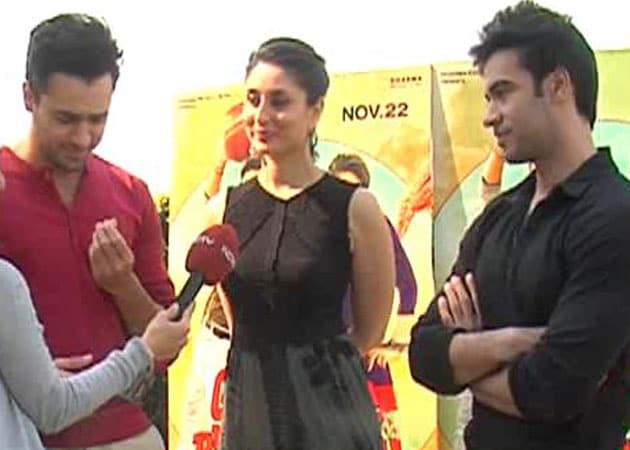 Kareena Kapoor may have added Khan to her name only recently, but she's long been a leading lady for almost every male Khan in Bollywood.

Kareena Kapoor may have added Khan to her name only recently, but she's long been a leading lady for almost every male Khan in Bollywood. Shah Rukh was among her earliest heroes in 2001's Asoka, she was Salman's heroine in the blockbuster Bodyguard (2011), husband Saif has been a frequent collaborator since 2008's Tashan, and Aamir and Kareena have given Bollywood the record-breaking 3 Idiots (2009) and the rule-breaking Talaash (2012). And Khan the youngest, Aamir's nephew Imran, has a place on the list as well with 2012 Ek Main Aur Ekk Tu and the forthcoming Gori Tere Pyar Mein.
Not everyone applauded the Imran-Kareena formula when Ek Main Aur Ekk Tu released, describing the pairing as mismatched. Kareena, however, says otherwise. She told NDTV: "We're a likeable couple. Nobody who looks at us can say, we don't like them as a pair." Imran says that's because they have an "inherent comfort" together.
On set, it was very much the boys at the Begum's command. Gori Tere Pyar Mein director Punit Malhotra, who confessed to being "very nervous" on the first day directing Kareena, said: "She bullied us a lot. Imran has a lot of pictures of me at her feet saying come on, please give the shot. Imran and me turned vegetarian on set because she'd eat vegetarian food and we had to as well."
A loaded question about the one thing Kareena would take to the village where she to become a gaon ki gori for real has the actress look sheepish and Imran and Punit fall about laughing. She picks her BlackBerry, and is outed as having the inexplicable and uncanny ability to stay connected in the remotest of locations. Imran said: "She'd get reception in places where nobody else is getting reception. No one in the unit can make a phone call, her 3G is working, browser is working." Kareena had a simple explanation: "I am a livewire."
To a suggestion that she and Saif do a romantic comedy together, Kareena responded: "Tell that to Saif. He says let me work with all the other beauties, you hang out and do whatever. But I'm happy because I have Imran."
Like we said - if not one Khan, then another.
Watch: