Kareena Kapoor's Party Was Special in Many Ways. Karan Kapoor, For One

Kareena, who is due in December, was glowing in a black Zara dress. Like most Kapoor gatherings, Kareena's birthday called for a family photograph, which was made special by the presence of Shashi Kapoor's rarely-seen son Karan 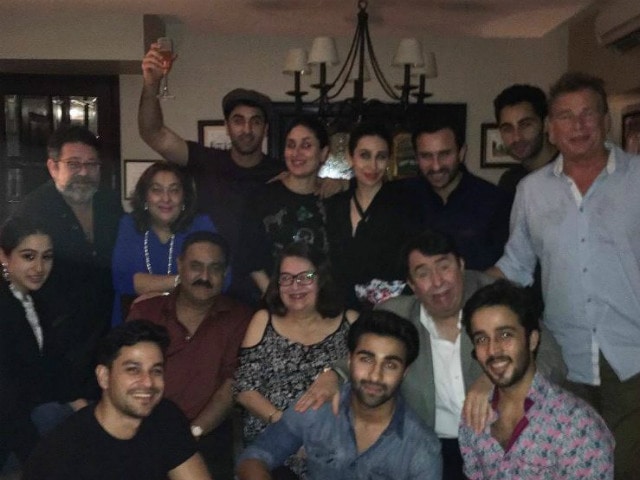 Mom-to-be Kareena Kapoor blew 36 candles out on her birthday cake on Wednesday, at a party that was special in more ways than one. For one, Kareena is six months pregnant. She's expecting her first child with husband, actor Saif Ali Khan. For another, the party was packed with both Kapoors and Khans. And most special of all, Kareena's uncle Karan Kapoor showed up - he's the one on the extreme right in the picture above.
For the benefit of millennials, Karan Kapoor is the son of Shashi Kapoor and Jennifer Kendal. He was an actor and model in the Eighties, particularly famous for the Bombay Dyeing advertisements he appeared in. Now 54, Karan Kapoor was one of the decade's leading heartthrobs and debuted with Juhi Chawla in 1986's Sultanat. He never made it big as an actor and moved to London where he became a photographer. He is married and has a son and daughter.
Here's Karan Kapoor modelling for Bombay Dyeing: Back to the party. Kareena, who is due in December, was glowing in a black Zara dress. She posed for pictures with sister Karisma and best friends Malaika and Amrita Arora. 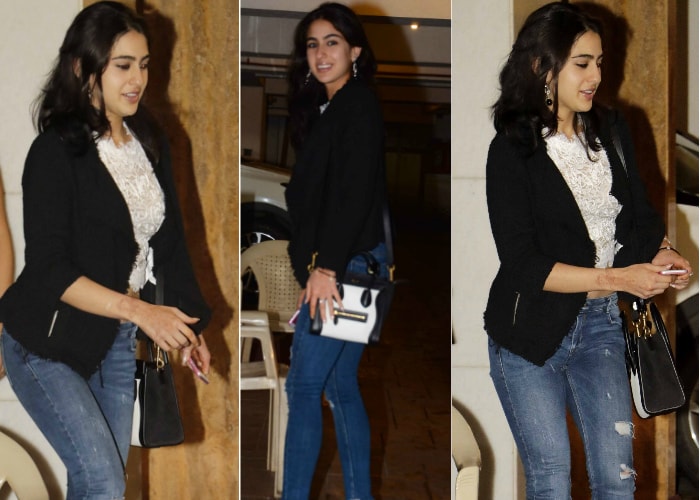 The Kapoors turned out en-masse. Ranbir had his picture taken with his cousins and friends.

The famjam also included Kareena's parents Randhir Kapoor and Babita, Karan's brother Kunal, Randhir's sister Rima Jain, her husband Manoj Jain and their sons Armaan and Aadar. The Khan numbers were bolstered by Kunal Khemu, who is married to Saif's sister Soha Ali Khan.
Here are more pictures from inside and outside the party. 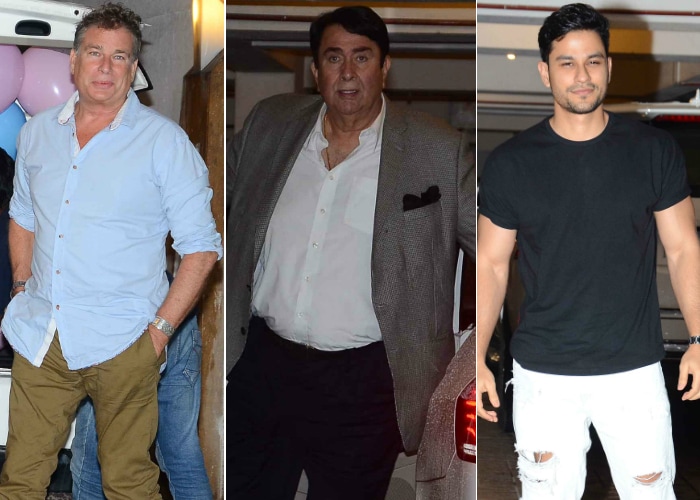 Meanwhile, Kareena Kapoor will next be seen in Shashanka Ghosh's Veere Di Wedding, which she will film while pregnant. The movie co-stars Sonam Kapoor, Swara Bhaskar and Shikha Talsania. When asked about her role in the film, Kareena told PTI that her character will not be pregnant and also that she's not worrying about her look. "I will not have six-pack abs, but I will have three-pack abs in the film," Kareena said.
"There has never been a story about women, about four girls. It's not about four sisters. It's the story of four friends. It's about a wedding. It's about my wedding in the film, and my friends," she added.
Kareena Kapoor, who married Saif Ali Khan in 2012, was last seen in drug drama Udta Punjab.