"I'm not thinking about getting six pack abs or altering my food habits,- said Kareena, who is six months pregnant with her first child 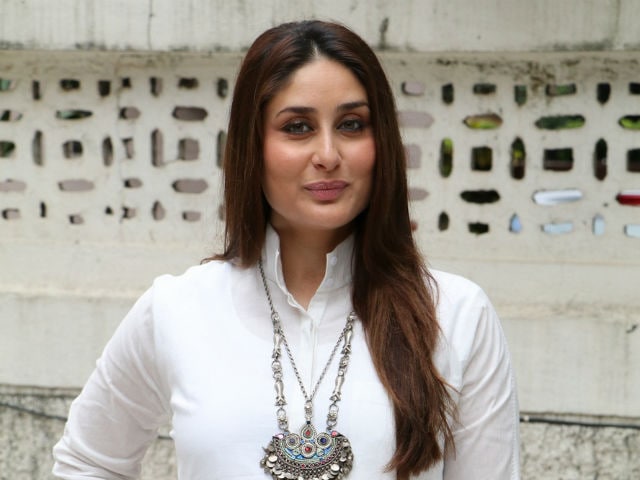 Actress Kareena Kapoor, who is six months pregnant, revealed what she's eating in a live chat with nutritionist Rujuta Diwekar on Facebook.
Kareena discussed her diet, how to eat healthy, her pregnancy cravings and much more, much to the delight of the actress' many fans who've been wanting to know about her regime ever since the news of her pregnancy first broke.
Pregnancy can leave you with some pretty strange food habits but a few of Kareena's cravings left us quite baffled.
Like this one: "I am craving for karela (bitter gourd)!" Really? "I like the bitter pungent taste. It is extremely rich in iron and very beneficial. I had lauki mutter for lunch," Kareena said. Well, good for baby but our taste buds just died.
And before you think that she wouldn't be able to resist pastries and chocolates, think again. Kareena is the ultimate 'desi mum' who's busy gorging on Indian sweets."I am strangely craving for Indian sweets and homemade sweets like sooji ka peda, besan ka laddoo. I am trying to keep it healthy," she said.
She's not overeating at all: "Just because you're carrying another person, it doesn't mean you have to liberty to eat 20 chapaatis. If you stick to whatever you've been doing even before you were pregnant, the idea of you gaining weight or your body type changing will not happen. Stick to whatever you've been doing for the last 10 years."
It's certainly working for her because Kareena Kapoor looks like a million bucks and it's not just the pregnancy glow. Within the last few months, she's walked the ramp, shot for commercials and kept herself in the public eye. She'll soon start shooting for her upcoming filmVeere Di Wedding.
Once known for making the term 'size zero' nationally famous, Kareena isn't worrying about her look for the film. "I'm not thinking about getting six pack abs or altering my food habit. My meal-time is amazing. I eat what I like, I like aloo and gobi paratha. I like chatpata food, like chole-bhature, pizza, Chinese. I have always liked these things to eat," Kareena revealed.
Meanwhile, the actress, who is known to be forthright about her opinions (recall her statements on surrogacy and the gender of her yet-unborn child), found it hilarious how the media has practically pre-determined everything about this chapter about her life. "You guys have decided what my shower would be like and what I should name my baby. I haven't decided anything. And would I be revealing it on Facebook?" she retorted.
Let's admit. The Internet has been made to follow Kareena Kapoor Khan and her pregnancy. The actress, who is expecting her first child with actor-husband Saif Ali Khan this December, is giving us all goals of every sort.
Kareena Kapoor, last seen in Abhishek Chaubey's Udta Punjab, will be 36 on Wednesday.
Watch Kareena's Facebook session here: