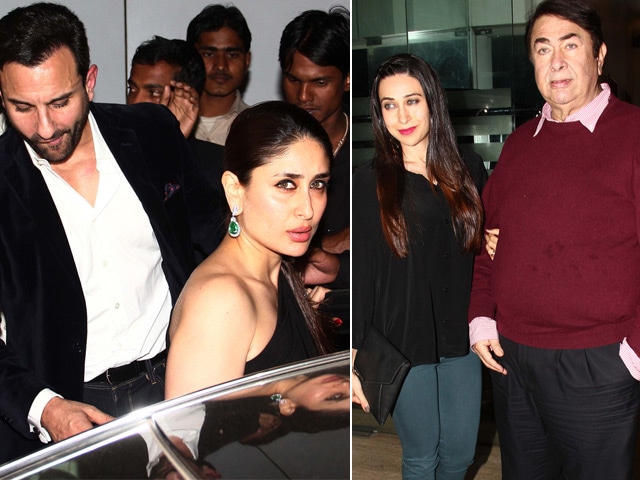 Like the rest of India, the Kapoors of Bollywood were out celebrating last night. Unlike all of us, though, it wasn't India's hammering of Pakistan on the cricket pitch that they were rejoicing over. Or, at least, not just that - Randhir Kapoor's 68th birthday was their reason to party.
The actor-director celebrated his birthday with an intimate family dinner at a suburban Mumbai eatery attended by various members of the Kapoor clan, which is the closest Bollywood has to royalty. The birthday boy brimmed with happiness as he posed with daughters Karisma and Kareena, both in black. 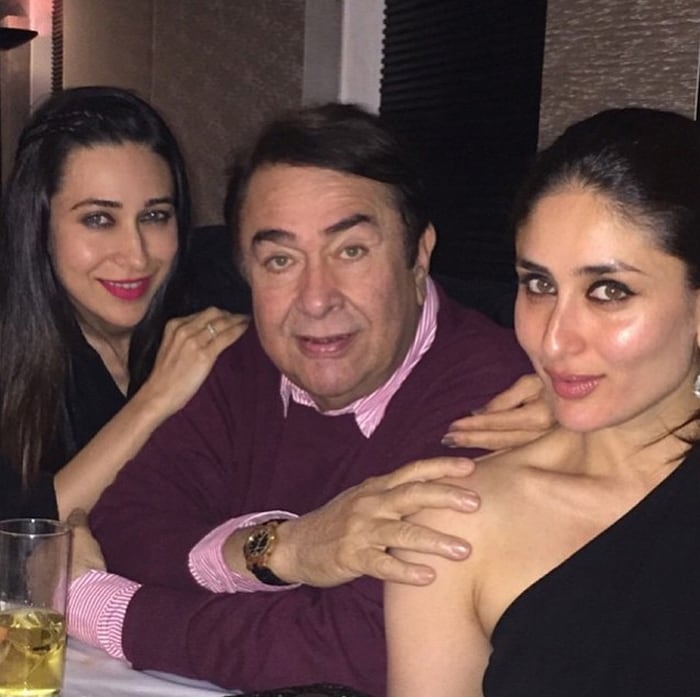 This image was posted on Instagram by kareenabebo
Kareena, who was at the dinner with her husband Saif Ali Khan, looked uber-glamorous in a single-shouldered LBD, which she accessorized with emerald earrings. Saif, in a velvet blazer, was as well-turned out as his wife. 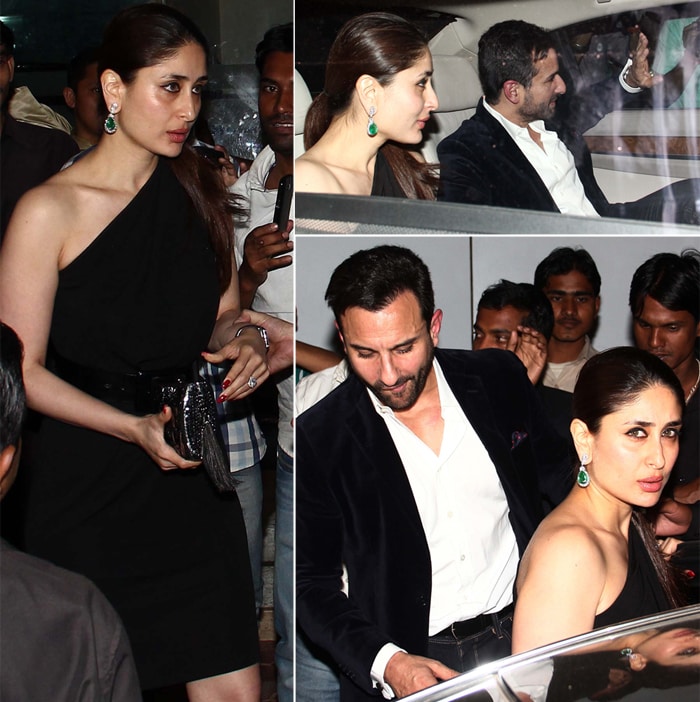 Karisma Kapoor, minus her children Samaira and Kiaan Raj, wore denims with a flowy top and heels, a dazzling smile serving as her accessory. 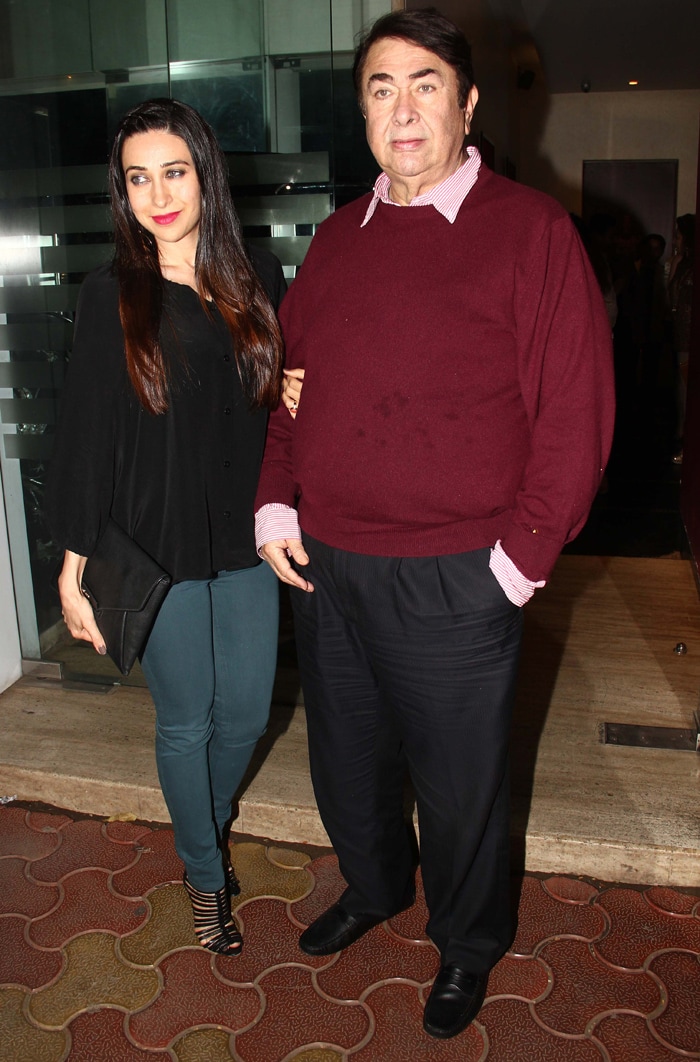 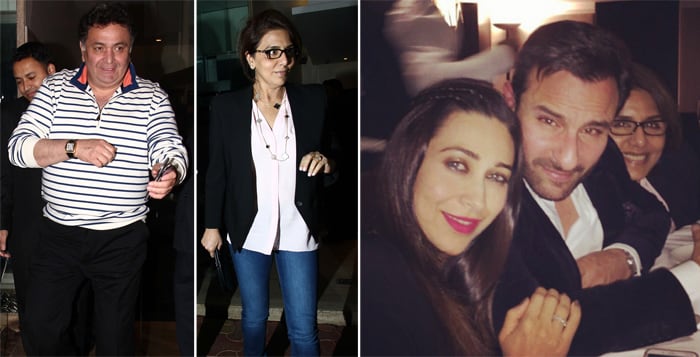 Image on extreme right was posted on Instagram by instabollywood
Neetu Singh was seated next to Saif and Karisma at dinner.
Randhir's sister Reema came with her husband Manoj Jain. Their sons, Armaan and Adhar, were not spotted at the dinner. Late actor Shammi Kapoor's son Kunal was spotted with his son Zahan Prithviraj Kapoor. Actress Poonam Dhillon, Randhir Kapoor's co-starred in Biwi-o-Biwi and Sawaal, seemed to be the only non-Kapoor invited. 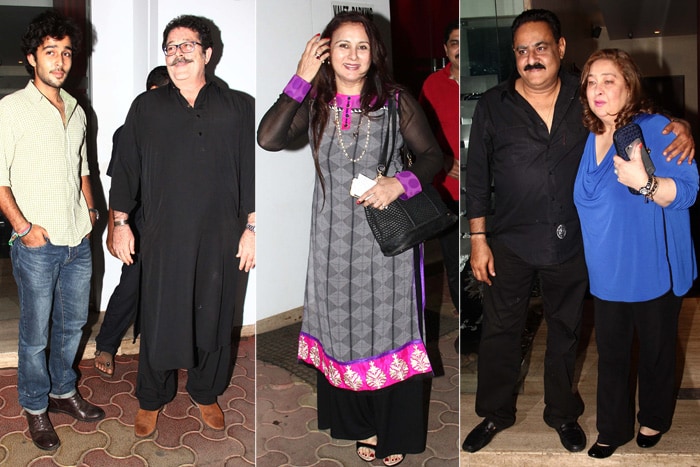