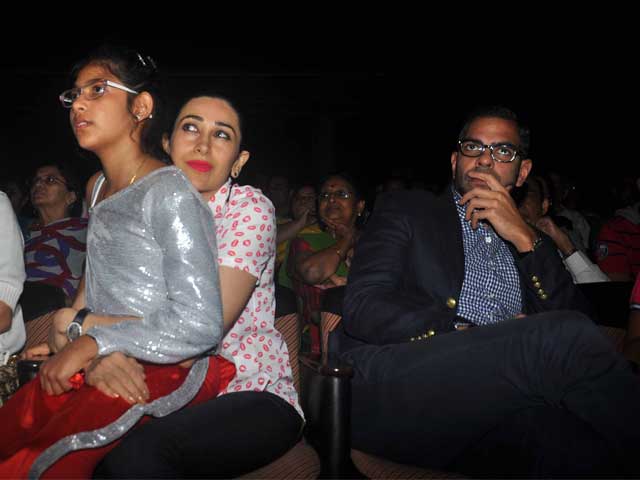 Karisma, Sunjay and Samaira watched the show together The actress was the doting mother as she listened intently to her daughter while Sunjay seemed to take a keen interest in their chatter. 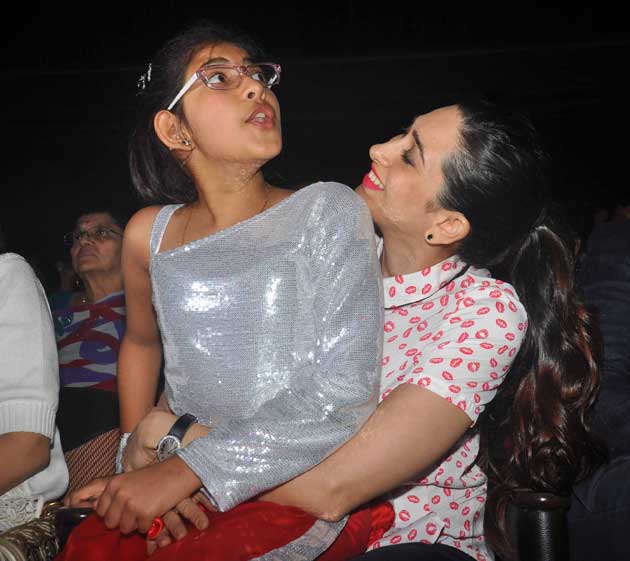 Karisma's divorce from Sunjay was reportedly finalised in June this year with her brother-in-law Saif Ali Khan reportedly brokering peace between the couple who have been dogged by divorce rumours for years.

The actress married Sunjay on September 29, 2003, a time when she was at the peak of her acting career. Their marriage reportedly hit rock bottom after the birth of their daughter Samaira who was born in 2005.

Karisma moved back to Mumbai temporarily after which the couple patched-up and had a second child - son Kiaan Raj Kapur, who was born in 2010. However, rumours of infidelity on Sunjay's part persisted.

Karisma, who made a poorly-received comeback with Dangerous Ishhq in 2012, has been living in Mumbai with her children for some time now and is a regular at A-list parties and events.