Karisma Kapur: I try to make eating fun and interesting for children 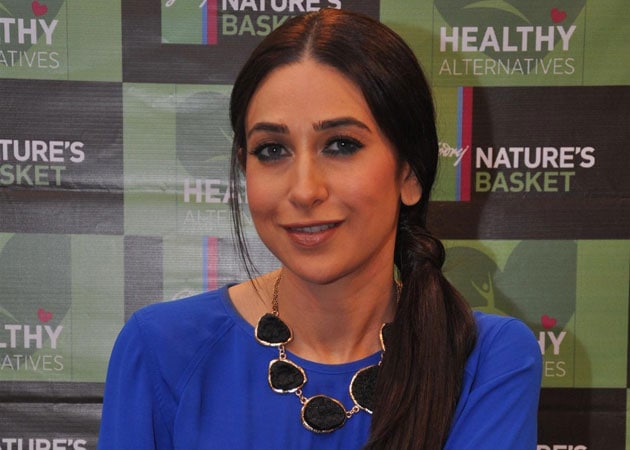 Karisma says she doesn't follow a food chart, but likes to keep her plate colourful.

If as an actress she looked convincing in the role of a mother in films like Raja Hindustani and Rishtey, off-screen Karisma Kapur is playing mom to her two children with a similar conviction and making them adopt healthy eating and lifestyle habits.

If as an actress she looked convincing in the role of a mother in films like Raja Hindustani and Rishtey, off-screen Karisma Kapur is playing mom to her two children with a similar conviction and making them adopt healthy eating and lifestyle habits.
For health-conscious Karisma, it is important to promote healthy eating habits at home. Since that's a task in itself, she tries her best to make eating fun for her children.
"I try to make eating fun and interesting. For instance, I tell them broccoli looks like a tree, so they think they are eating trees," Karisma, mother of Samaira, 8, and Kiaan Raj Kapoor, 3, said
Her motto is to give healthy food to her children, who also don't make a fuss.
Karisma doesn't follow a food chart, but likes to keep her plate colourful.
"We eat regular dishes like rice, vegetables and continental cuisine. I like to have colours on my plate. I love different colours of capsicum and also salad," she said.
Which is her favourite grocery store?
"I love going to the Godrej Nature's Basket store in Bandra. The health food section has lots of varieties," the 39-year-old said.
Along with diet, Karisma also gives importance to workouts. What's more, her daughter also joins her at times.
"I am not a gym person. I prefer walking or doing yoga. When I do yoga, my daughter joins me whenever she can," she said.
Although she professes to a healthy diet, Karisma confesses that she over-indulges in food during celebrations or while holidaying.
"After a good vacation or festivals, I put on some weight because we eat a lot. I generally like to wear black. I slip into loose tops with pants or a salwar kameez at that time," said Karisma, who defines her style as sophisticated and chic.
Seeing her glowing skin, many would think she slaps lots of moisturisers and other beauty products on her face. But she denies following an elaborate beauty regime.
"I don't do much. I drink a lot of water and try to keep things as simple as possible. I apply cream and make sure not to sleep with makeup on and use sunscreen," she said.
A successful actress of the 1990s, Karisma quit acting after her marriage to Delhi-based businessman Sanjay Kapur in 2003. The two divorced last year.
Not too active on the big screen any more, Karisma made her radio debut in 2012 with BIG Memsaab on 92.7 BIG FM and is happy to connect with women across India.
"I love my radio show. I get to help so many women; so it makes me feel good. They even write back to me saying that the tips (related to beauty, style and fitness) were helpful," said Karisma, who had been in the Hindi film industry for almost 25 years.
She essayed numerous roles in her long career and is satisfied with her work.
"I feel lucky as I got to play a variety of roles. Women-centric roles were there earlier too. I was a part of Zubeidaa, Fiza and Biwi no.1, which are all women-oriented films," said Karisma, who is open to any interesting project.