Karisma pays tribute to the Kapoor women in family 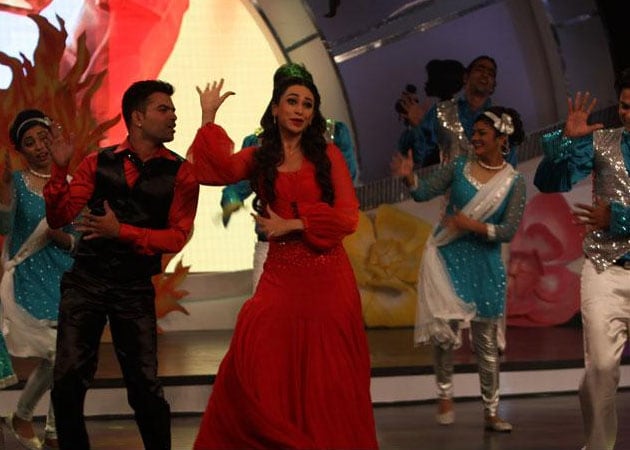 Actress Karisma Kapur, who is choosy about her performances, bent the rules for the NDTV-Vedanta Our Girls Our Pride Telethon.

Actress Karisma Kapur, who is choosy about her performances, bent the rules for the NDTV-Vedanta Our Girls Our Pride Telethon, an initiative to empower the girl child. She said it's also a "tribute to all the ladies" from her family.
"It was a fabulous day and I strongly believe in the cause. I generally don't perform. I am quite choosy about it, but today I performed and paid tribute to all the Kapoor ladies, including (late grandmother) Geeta Bali, (aunt) Neetu Singh, and my mom Babita and sister Kareena supporting the cause," Karisma, known for her powerpacked performances in Fiza and Zubeidaa, told IANS.
"My contribution was to spread the awareness," added the actress.
Her performance was part of a unique programming initiative of NDTV, which in association with Vedanta and campaign ambassador and actress Priyanka Chopra, dedicated December 1 to honour the country's girls on its network channels with a LIVE telecast from 10 am onwards on Sunday.
The campaign's aim is to create awareness about issues related to the girl child and fight for her rights.
The actress, also a mother, says her life completely changed after the birth of her daughter Samaira.
"My life has become more beautiful after giving birth to a daughter. It's great to have a daughter," she said and added: "I am blessed to have a daughter and a son."
Supporting the cause and joining campaign ambassador Priyanka in raising funds also include actress Kajol, entrepreneur Kiran Mazumdar Shaw, and tennis Grand Slam champion Sania Mirza, among others.