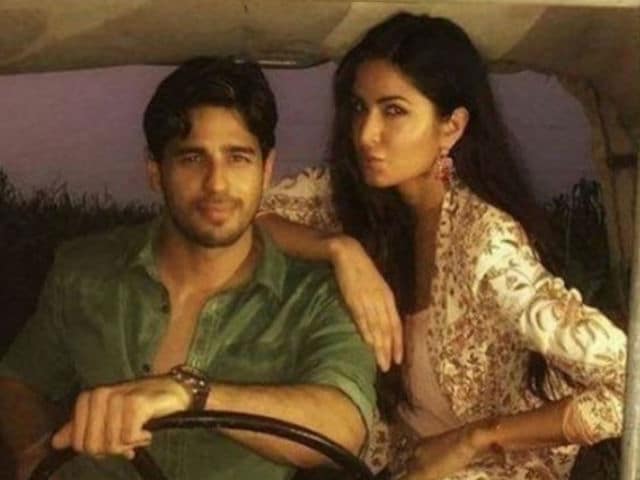 A still from the video posted on Instagram by s1dofficialfp

After this, came a gif-promotion which was all about Kala Chashma (of course):

Katrina and Sidharth's promotion of the Nitya Mehra-directed film has relied heavily on the peppy soundtrack which released even before the film's trailer. Kala Chashma, a revamp version of Amar Arshi's 2000 hit track of the same name, has been thoroughly used by Katrina and Sidharth in publicity duty.
From dancing with a flashmob at a metro station in Jaipur and on a Kolkata tram to teaching the moves to Indore's moonwalking cop Ranjeet Singh, Kala Chashma has been everywhere.
Baar Baar Dekho releases on September 9 along with Nawazuddin Siddiqui's Freaky Ali, which has been produced by Salman Khan. Baar Baar Dekho is co-produced by Karan Johar's Dharma Productions and Farhan Akhtar's Excel Entertainment.