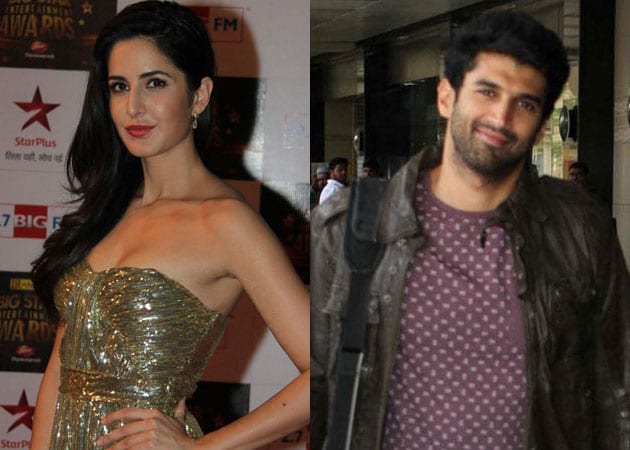 Aashiqui 2 star Aditya Roy Kapur will be seen romancing Katrina Kaif in Abhishek Kapoor's love story titled Fitoor.
Disney UTV today announced that its next production Fitoor will star the fresh pair.
"As a filmmaker, I have always invested in new and emerging talent and with his talent and persona, Aditya Roy Kapur is right up there. I am delighted to have him on board," director Abhishek Kapoor said.
This is for the first time that Aditya is paired opposite an established actress like Katrina. His last film as the sole hero was with newcomer Shraddha Kapoor in Aashiqui 2 which was a huge hit.
"Abhishek Kapoor was looking for a perfect cast for his timeless love story Fitoor and we're glad that he has found them in Aditya Roy Kapur and Katrina Kaif," Rucha Pathak, Senior Creative Director - Studios, Disney UTV said.
The film is a screen adaptation of Charles Dickens' Great Expectations and will see Aditya playing Pip and Katrina as Estella. The pivotal role of Miss Havisham is currently being cast and an announcement on the same is expected in the coming weeks.
The film will go on the floors in the first half of 2014.