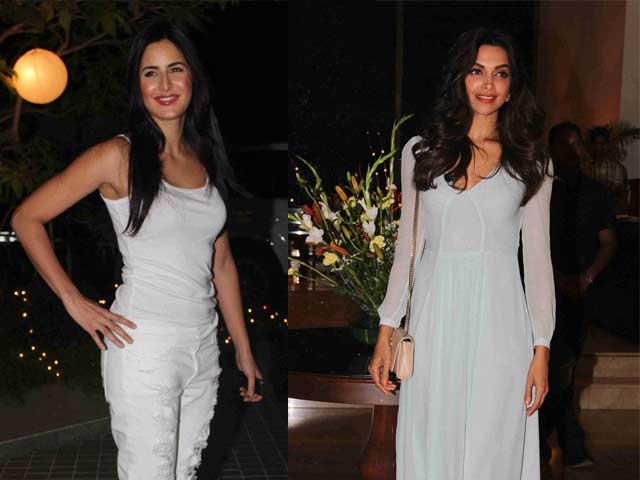 When Katrina Kaif visited Delhi to spend time with rumoured beau Ranbir Kapoor, she did not object to being put up in a hotel suite next to Deepika Padukone's

Katrina Kaif has been flying in and out of Delhi for some time now. Though she is currently in the national capital to shoot for Abhishek Kapoor's Fitoor, the grapevine suggests her earlier trips were purely personal - to spend time with rumoured beau Ranbir Kapoor, who had a shoot schedule there for his next with ex-flame Deepika Padukone.

At that time, the actress had been put up in adjoining suites at the same hotel as Dippy. A source says, "Katrina and Ranbir had been apart for a long time as they were shooting in separate cities for their respective films. So after the Kashmir schedule of her film got over, she used to join Ranbir off and on while he shot for Tamasha with Deepika. It is during a party hosted by a crew member that both the actresses came to be in the same hotel and were accommodated in neighbouring rooms."

It is said that the Ranbir too was present at the hotel and stayed with Kat. Another source says, "Katrina was fine with the arrangements and wanted to stay on the same floor. While both the actresses are not known to be friends as such, it was strange that she did not mind staying in a suite next to Deepika's."