Katrina Kaif can never be offended by me: David Dhawan 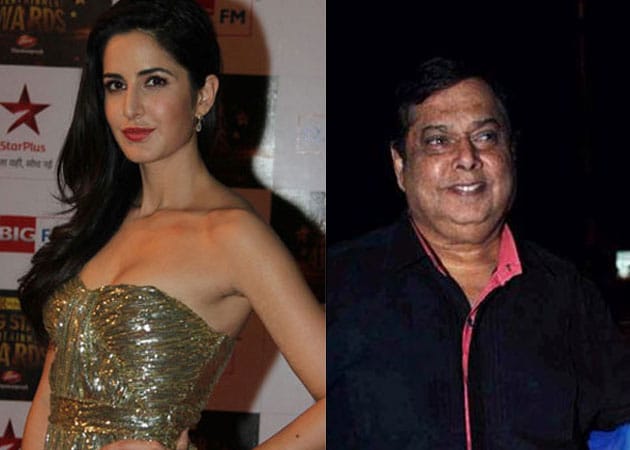 He was recently quoted as saying that his son Varun won't get married until Salman does.

A supposedly funny line in David Dhawan's Main Tera Hero where Raju Kher takes a dig at Katrina Kaif's lack of command over the Hindi language had the affable director being confronted with lots of righteous protest.
The director says the actress will take the "bantering quip" sportingly.
"It is just an off-the-cuff remark, a bantering quip in the film, and Katrina is a girl I've known for many years. In fact, she did her first big film Maine Pyaar Kyun Kiya? with Salman Khan and me. She can never be offended with what I do. She knows it's all in fun," said Dhawan.
For the first time Dhawan has directed his son Varun in Main Tera Hero, which also stars Nargis Fakhri and Ileana D'Cruz. The film is coming out April 4.
He was recently quoted as saying that his son Varun won't get married until Salman does.
Laughed the filmmaker, "I was just doing some 'masti' with my son. I don't see any likelihood of Salman getting married. So, I was kidding about Varun staying a bachelor."