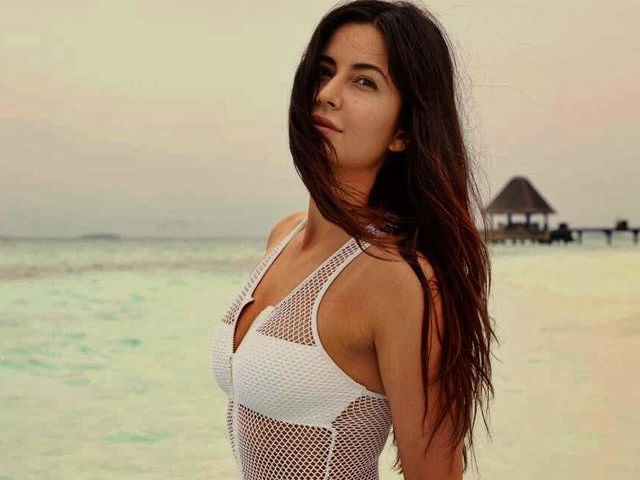 You probably hate Katrina Kaif right now for being on holiday in the Maldives and not having to suffer fog, pollution, crowded banks and what-not as the rest of us are. So, good news - you can hate her a little less now because Katrina has bid goodbye to the beaches she has been sunning herself on these past few days. The 33-year-old actress has maintained a holiday log on her Facebook account, posting pictures of herself in beachwear, for which pictures she's been trending. But even vacations in the Maldives, like all other good things, must end and so, on Wednesday, Katrina Kaif posted a farewell to her island idyll.

Katrina was in the Maldives with Manish Malhotra, designer to the stars, who celebrated his birthday (on December 5) in advance. He posted pictures from the Maldives on his own Instagram.

Meanwhile. Katrina Kaif was reportedly the first choice to play the female lead in the film adaptation of Chetan Bhagat's Half-Girlfriend, opposite Arjun Kapoor. Times of India reports that Katrina rejected the role, telling director Mohit Suri she was concerned that she wouldn't convincingly pass herself of as a college-going woman. Mohit then cast the Aashiqui 2 heroine Shraddha Kapoor.
Katrina Kaif starred in the films Baar Baar Dekho and Fitoor this year, neither of which was warmly received at the box office. She next appears opposite rumoured former boyfriend Ranbir Kapoor in Jagaa Jasoos next April and will begin work filming Tiger Zinda Hai, a sequel to 2012's Ek Tha Tiger, with Salman Khan.