Katrina Kaif photos: Katrina Kaif is also one of those very few actresses who has worked with all the three Khans of Bollywood 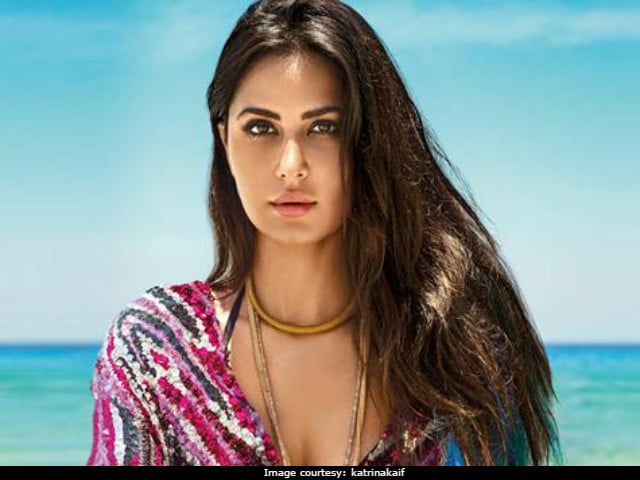 Actress Katrina Kaif has now spent 13 years in Bollywood - remember her maiden Bollywood film Boom? Katrina was just 18 when she made a sensational appearance in the 2003 film which, however, was a flop. Currently, Katrina is all set to star as a goofy associate to a detective in Anurag Basu's Jagga Jasoos. Katrina's rumoured ex Ranbir Kapoor plays the protagonist while she features as his accomplice. Katrina, who has starred in more than 20 films so far, is best known for hits like Dhoom: 3, Zindagi Na Milegi Dobara and Bang Bang!. The 33-year-old actress was last seen in Nitya Mehra's Baar Baar Dekho, also starring Sidharth Malhotra.
Katrina Kaif was born in Hong Kong and grew up in Hawaii, where she signed her first modelling contract with a jewellery brand at the age of 14. Later, she moved to London and modelled at the London Fashion Week, where she was spotted by Boom director Kaizad Gustad. After her Bollywood debut, she walked the ramp for celebrated designer Rohit Bal at the India Fashion Week and also featured in the Kingfisher calendar the same year.
Katrina's break-through movie was 2005's Maine Pyaar Kyun Kiya?, in which she shared screen space with Salman Khan. Katrina and Salman, who are rumoured to have dated till about 2010, continue to remain friends. Between Boom and Maine Pyaar Kyun Kiya?, Katrina also starred in Telugu film Malliswari and Abhishek Bachchan's Sarkar. Katrina featured as a negative character for the first time in Abbas-Mustan's Race.
Katrina Kaif is also one of those very few actresses who has worked with all three Khans of Bollywood. Dhoom: 3 saw Katrina co-star with Aamir Khan while she worked with Shah Rukh Khan in Jab Tak Hai Jaan. With Salman, she's also starred in Ek Tha Tiger and Yuvvraaj, and the two stars will also be seen in Tiger Zinda Hai, the sequel to the 2012 action-thriller.
Here are 50 of the most stunning photos of Katrina Kaif:

Katrina also has films like Akshay Kumar's Namastey London and Singh Is Kinng, Aditya Roy Kapur's Fitoor, and Saif Ali Khan's Phantom on her resume. Katrina and Ranbir, who reportedly dated until the middle of last year, have collaborated twice already with Ajab Prem Ki Ghazab Kahani and Raajneeti. Katrina Kaif and Ranbir Kapoor's Jagga Jasoos is expected to release this year.