Katrina Kaif, Please Stop. There's Just So Much Awesomeness We Can Take

Katrina Kaif's Instagram feed is on fire. The Internet has been sent into a meltdown. And we can't keep calm 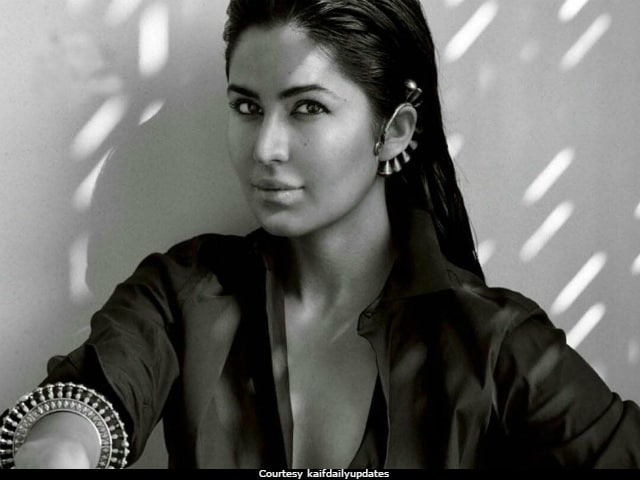 Katrina Kaif in a pic from the photoshoot (courtesy kaifdailyupdates)

Katrina Kaif's Instagram debut was immediately followed by a glimpse of an exclusive photoshoot by internationally acclaimed Peruvian fashion photographer Mario Testino. If one picture from the photographer's 'Towel Series' was not enough, Katrina shared some more recently. Her Instagram feed is on fire. The Internet has been sent into a meltdown. And we can't keep calm. The captions of Katrina's posts reveal that Mario Testino has been roped in for Katrina's photoshoot particularly for a fashion magazine. Katrina features in uber-stylish swimsuits in the pictures, in which she has been styled with much swag. Can you pull-off a crushed white shirt thrown casually over a blue swimsuit? Katrina can. Would you opt for a statement anklet with white swimwear? Katrina did.
Katrina's jewellery is courtesy tribal-inspired designer collection Pebble London with swimwear from ARAKS couture and the shelves of Melissa Odabash. The complementary white shirt is from the studios of apparel brand Gieves & Hawkes.
Check out Katrina's pictures from the sultry photoshoot:

Previously, Katrina, who is the first Bollywood celebrity to feature in Mario Testino's 'Towel Series,' thanked him for the photoshoot, which quickly went viral. "Thank you Mario Testino for the wonderful experience of shooting for the legendary Towel Series," Katrina wrote on Instagram.


Thank you@mariotestino for the wonderful experience of shooting for the legendary #TowelSeries ... You must come see us again soon . Here u go @anaitashroffadajania

Katrina may have ventured onto Instagram recently but is already behaving like a social media boss, keeping fans and followers delighted with her posts. Here are few:

Finding inner peace ... (and information) whilst getting ready #multitasking #onlyanhourlate

Katrina Kaif is currently filming Salman Khan's Tiger Zinda Hai, which is a sequel to the Kabir Khan-directed 2012 thriller Ek Tha Tiger. She was last seen in Baar Baar Dekho.