Katrina Kaif, Ranbir Kapoor and the Awkward Meeting That Wasn't

Encounters with exes are always awkward, but on Thursday night at the Vogue Beauty Awards, Ranbir Kapoor and Katrina Kaif smartly navigated that 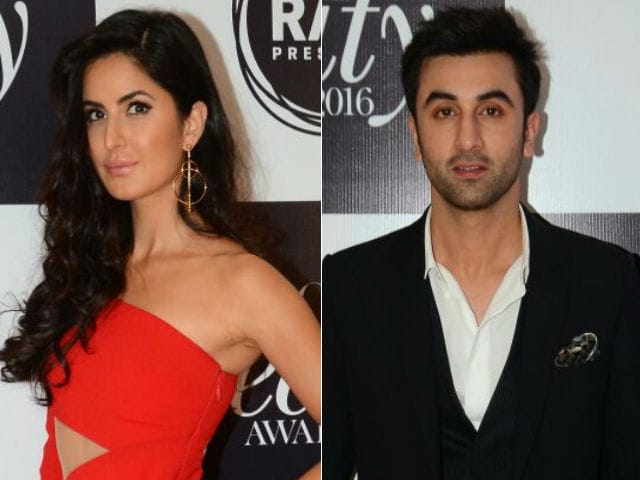 Encounters with exes are always awkward, but on Thursday night at the Vogue Beauty Awards, Ranbir Kapoor and Katrina Kaif smartly navigated that. Working together professionally may be one thing but having all eyes glued on the two of you at a social event is quite another. Deft timing meant Ranbir and Katrina didn't have to run into each other.
The Bombay Velvet actor was the early bird at the event - arriving almost an hour-and-a-half before Katrina - and had left before she, ravishing in red Romona Keveza, made her dramatic entry.
But while the two missed bumping into each other on the red carpet, we sense there could be some more missing going on when we asked Ranbir when life is most beautiful, when you're single or committed. He said, "Life's more beautiful when you're committed. You have someone to share things with then."
All together now, awwww.
But hold on. "Life is beautiful when you are single also," qualified Ranbir.
Life is basically all-round bee-yoo-tee-fool. Sometimes, it kar gayi chull.
As for Katrina, in the quick chat we had with her, she said "You feel most beautiful when you are loved."
When we asked her about the last time someone made her feel loved, she replied that it was her manager! Not quite the answer we were hoping for...

Maybe it's just the incurable romantic in us but while Ranbir Kapoor and Katrina Kaif had their game faces on, we couldn't help but notice a little melancholy in them both. Whatever the status now and in the future, let's hope matters of the heart take it easy on these two - they look like they could use a break.
Ranbir Kapoor and Katrina Kaif, both 33, will be seen together in the film Jagga Jasoos.