Katrina Kaif Says Dancing With Hrithik Was the Biggest Challenge 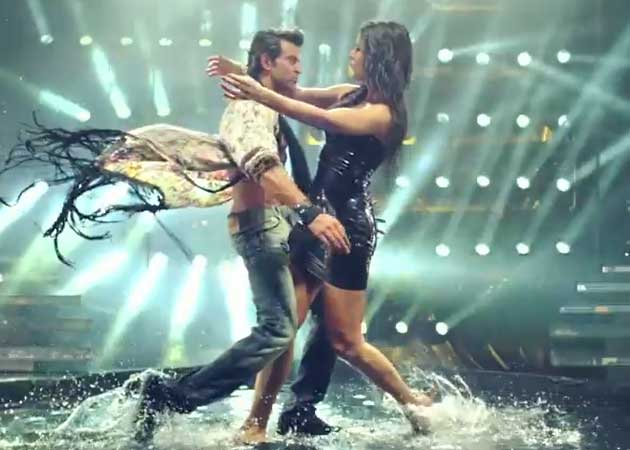 Hrithik and Katrina in a still from Bang Bang's title song

Hrithik Roshan, considered one of the best dancers in Bollywood, is seen doing some high octane dance moves in his upcoming film Bang Bang and his co-star Katrina Kaif says she had to try hard to match up to the actor.

Hrithik Roshan, considered one of the best dancers in Bollywood, is seen doing some high octane dance moves in his upcoming film Bang Bang and his co-star Katrina Kaif says she had to try hard to match up to the actor.

The 31-year-old actress is playing the female lead in the action thriller, which is the official remake of the Hollywood film Knight and Day starring Tom Cruise and Cameron Diaz.

"Dancing with Hrithik was the biggest challenge. His flexibility is incredible. It is at a different level altogether. You have to be really good to match up to his energy. He has natural energy when he dances. It comes to him so effortlessly," Katrina said during the launch of the title track of the film here last night.

When asked who was the better dancer in the song among the two, the Dhoom: 3 actress said till the time of the rehearsals she was doing fine, but Hrithik just blew everyone away during the final shoot.

"I was ok during rehearsals because Hrithik was not dancing! Finally when we danced on the sets, we all know who danced better," said the actress, adding that the title song Bang Bang is one of her favourite tracks.

Bang Bang has been directed by Siddharth Raj Anand, who has previously helmed Salaam Namaste, Ta Ra Rum Pum, Bachna Ae Haseeno and Anjaana Anjaani. Siddharth is returning behind the lens after a gap of four years and the director says Bang Bang is a very important project for him as he has invested a lot in the movie.

"It has been a journey of blood, sweat and tears for me and a very difficult one. I am very emotional right now and might cry because this is the first time I am talking about all of it. But I am feeling happy now," he said. Hrithik is all praise for the director and said he is happy that he chose to do this film, which he considers one of his best movies till date.

"Normally I want to know every aspect in a film before saying yes. But this time I didn't. This is the first film in my life which surprised me. This film truly belongs to one man - Sid. Everything he has done in this film is simply amazing.

"Bang Bang is one of my best films. I just saw the final rushes of the film and am very happy," Hrithik said. The film also stars Danny Denzongpa, Jaaved Jaffrey and will hit theatres on October 2.