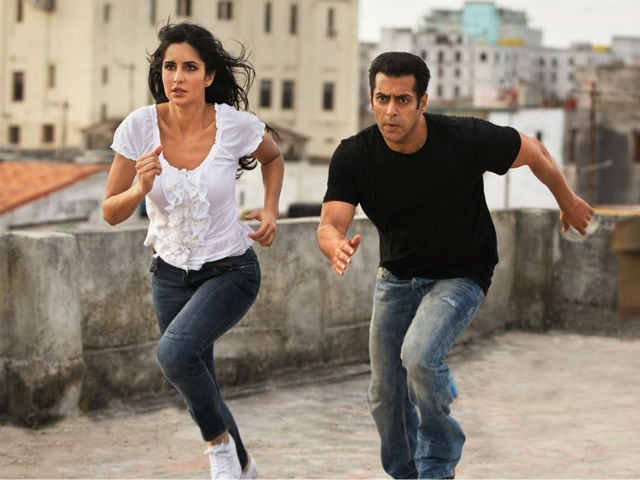 Actress Katrina Kaif is all set to undergo rigorous combat training sessions to perform stunts in director Ali Abbas Zafar's next, Tiger Zinda Hai. The 33-year-old actress will be learning several combat techniques from international trainers before she starts shooting for the action sequences with Salman Khan from April 20. Ali Abbas Zafar said in a statement, "Katrina will be going through a rigorous training programme in hand-to-hand fighting along with Kali knife fighting with specialised trainers from the UK and LA," reports news agency PTI. Tiger Zinda Hai is the sequel to the 2012 blockbuster Ek Tha Tiger , directed by Kabir Khan and produced by Yash Raj Films.
Katrina will begin shooting for the action sequences, along with Salman Khan, at a studio in Mumbai and several undisclosed foreign locations. Ek Tha Tiger is based on a fictional character, code-named Tiger, who is an Indian spy and falls in love with his Pakistani counterpart.
This is not the first time that the actress will try her hands at action. She has shown immense prowess in pulling off action stunts in her earlier films like Phantom.
Salman Khan and Katrina Kaif completed the film's Austria schedule recently. Here's a glimpse of what Salman and Katrina were up to in Austria:

Meanwhile, the actress is shooting a song for her next film Jagga Jasoos with Ranbir Kapoor. There were speculations about Katrina not promoting the film that is being directed by Anurag Basu. However, Ranbir recently clarified at an event in Mumbai, saying, "Katrina has worked very hard on the film. The film is her's as much as it is mine. We will promote it really well and release it well too. When we make a film, we make it with lot of love and sincerity. We would like to put it across in the best way possible."
(With inputs from PTI)