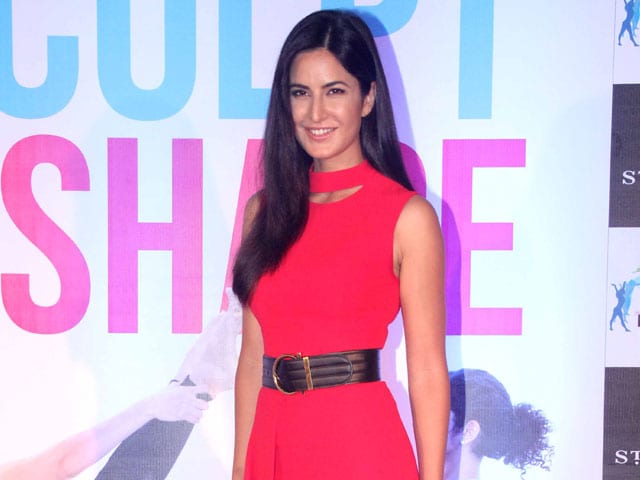 Katrina Kaif at a book launch event in Mumbai.

"Depending on the demand of the role we have to either have a toned down look or an athletic one. We have to keep altering accordingly. And there are no shortcuts to become fit," the Ek Tha Tiger star revealed

Bollywood actress Katrina Kaif said that she had to go through intense physical training for Dhoom 3 and for the song Sheila Ki Jawani.
The item number Sheila Ki Jawani from the Farah Khan directed movie Tees Maar Khan had become widely popular.
In Dhoom 3, the 32-year-old actress was the leading lady of the film and was seen as an acrobat.
"I had to do intense physical preparations for Dhoom 3 and also for Sheila Ki Jawani and with Pilates I got it right. Pilates is a gentle way of training. There are no shortcuts to become fit. One has to stay fit and healthy," Katrina told reporters. (Also Read: Saif Says Phantom Co-Star Katrina Kaif Very Passionate About Work)
"Depending on the demand of the role we have to either have a toned down look or an athletic one. We have to keep altering accordingly," the Ek Tha Tiger star revealed.
Heaping praise on Katrina, actress Alia Bhatt who was present on the occasion, said, "I admire the way she did it. I loved her in Dhoom and in Sheila Ki Jawani." (Also Read: Katrina Kaif is Hot, Says Alia Bhatt)
Katrina and Alia interacted with the media at the launch of the book Sculpt and Shape: The Pilates Way, co-authored by leading fitness professional Yasmin Karachiwala and Zeena Dhalla on August 22. Actress Sophie Choudry also attended the event.