Katrina Kaif Unveils Her Waxwork at Madame Tussauds in London 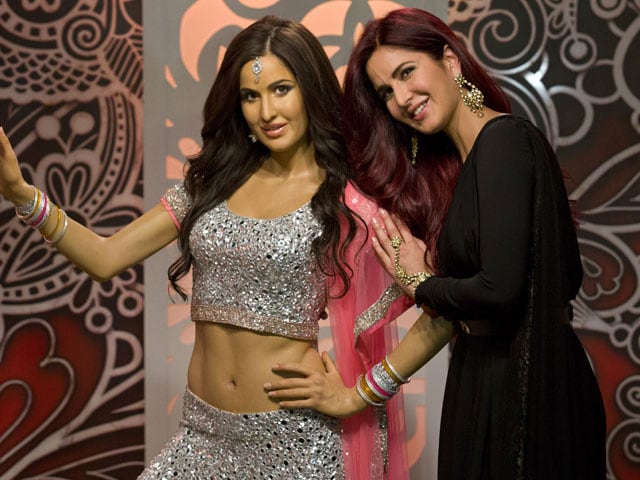 After coming face-to-face with her wax model, Katrina Kaif said, "This is amazing it does look really like me."

Kaif unveiled the wax statue and joined the new Bollywood setting as part of the popular wax-work museum's "15 years of Bollywood" celebration.

After coming face-to-face with her wax model, Katrina said, "This is amazing it does look really like me."

"Our world famous sculptors have worked closely with the Indian film industry over the last decade, and we now have a stellar line-up in a specially created Bollywood area - one of the most popular in the attraction," Madame Tussauds said in a statement.

Katrina, born to a British mother and Kashmiri father, was chosen over competitors like Priyanka Chopra and Deepika Padukone after winning a hotly contested poll last year via Madame Tussauds website and in collaboration with Panjab Radio.

"Katrina collaborated closely with the Madame Tussauds artistic team to ensure total accuracy and is delighted with the figure, which is portrayed in a dancing pose wearing a beautiful sequined white, silver and gold, two piece outfit," a museum spokesperson said.

Katrina's figure was created by a team of 20 sculptors and artists over a four-month period, using hundreds of precise measurements taken at a sitting in Mumbai and cost ?150,000
to create. Madame Tussauds Studios London has been making wax figures for over 150 years with each masterpiece taking up to four months and a team of 20 dedicated sculptors to create.

Over 500 precise body measurements are referenced, real head hairs are inserted one by one, and countless layers of paints and tints are applied to build up skin tones to achieve a kind of astonishing realism that visitors flock to see from around the world. The Bollywood factor has proved extremely lucrative, with Indian holidaymakers and NRIs forming a large chunk of the visitor numbers at one of London's most popular tourist spots.