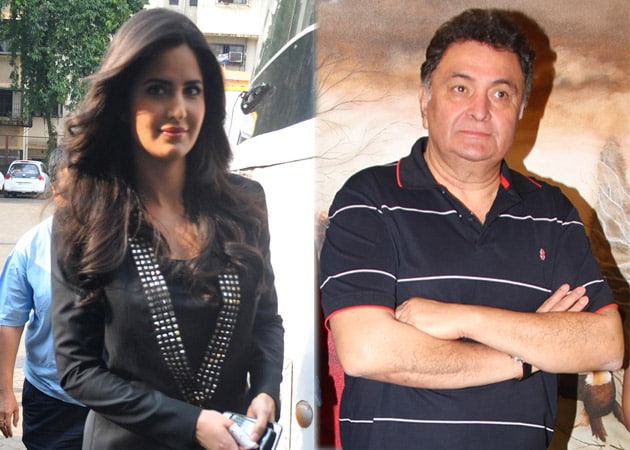 The actress stayed back at their place till early hours of Wednesday.

Katrina drove straight to Ranbir's bungalow to meet Rishi Kapoor after returning to Mumbai from Thailand, where she was shooting for Jagga Jasoos

On her arrival from Bangkok, Katrina Kaif apparently went to Ranbir Kapoor's house first to check on Rishi Kapoor, who is down with malaria and dengue.

Katrina Kaif and Ranbir Kapoor returned to Mumbai on Tuesday night after completing the Thailand schedule of their upcoming film, Jagga Jasoos.

If sources are to be believed, Katrina drove straight to Krishna Raj, her rumoured beau's bungalow in Bandra, to meet Rishi Kapoor, who is down with malaria and dengue. Kapoor Sr had been hospitalised on October 30 and was discharged on Monday.

An insider says, "The two landed at the city airport around midnight and Katrina decided to head to the Kapoors' to meet Ranbir's dad. The actress stayed back at their place till early hours of Wednesday."

Since Ranbir was shooting abroad, he was constantly being updated by his family about his father's health, says the source.