Katrina Kaif: Wanted to Do All Action Sequences That Saif Did in Phantom 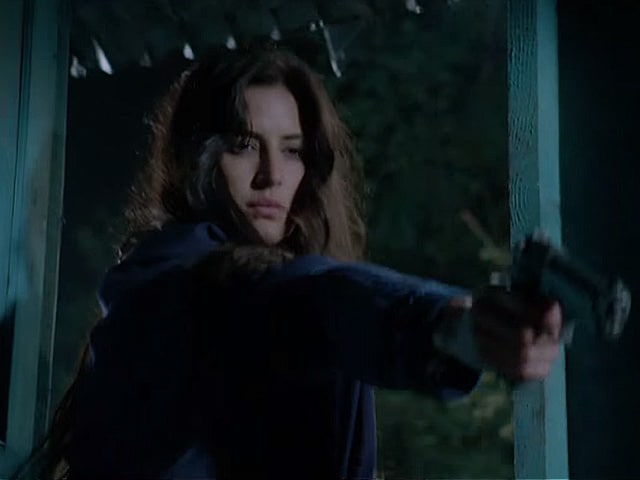 Katrina Kaif in a still from Phantom.

"Action in this film is different from what I did in Dhoom: 3 and Ek Tha Tiger"

Bollywood actress Katrina Kaif who will be next seen in Phantom says that action is an integral part of the Kabir Khan-directed film and she was keen to do more scenes involving action.
"Action in this film is different from what I did in Dhoom: 3 and Ek Tha Tiger. It is not that kind of action that shows larger than life things. It (action) is an integral part of the film; it is something which comes in a real situation. If you understand the story you will understand the action. We had a great time doing it," Katrina said at the trailer launch event of the movie.
The film, co-produced by Sajid Nadiadwala and Siddharth Roy Kapur, is an adaptation of S Hussain Zaidi's novel Mumbai Avengers and is set against the aftermath of the 26/11 Mumbai attacks and deals with global terrorism.
Interestingly, Katrina was keen on doing more action scenes.
"I insisted to do a scene with a big gun. I don't think I said I won't do certain things in action. I would rather say I would do everything what Saif (Ali Khan) is doing," she added.
The Bang Bang! actress also heaped praise on her Phantom co-star Saif Ali Khan.
"He (Saif) is a perfect gentleman, he is very smart. He is a good listener so we got along well. He has interesting information about things beyond films, so we discussed lots of things. He is great when it comes work," she added.
Phantom, an espionage drama, is slated to hit the screens on August 28 this year.