Their weekend has been spent in a loop of further flights and performances. Catch some glimpses from their tour. 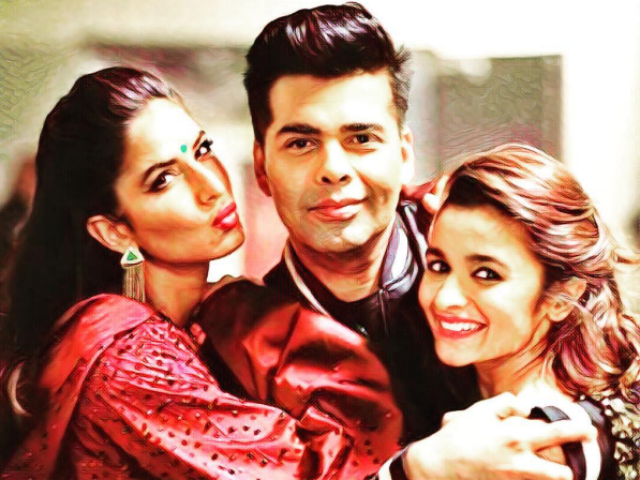 If the Houston updates of the Dream Team comprising of Katrina Kaif, Alia Bhatt, Aditya Roy Kapur, Sidharth Malhotra, Varun Dhawan, filmmaker Karan Johar and rapper Badshah, didn't convince you that this team is leaving no stone unturned to make their tour of the United States a colossal success, perhaps a few more glimpses from their 'exhausting' weekend will.
After the post-midnight end of their Texas gig, the team immediately took a chartered flight for San Jose in California for a second concert. And their weekend has been spent in a loop of further flights and performances.
Fortunately, Varun and Parineeti still found the energy to rehearse:

#SanJose are you ready #dreamteam. Couple of hours left for the show to begin. pic.twitter.com/5v5DPB6eKB

But the team needed to catch a mini-snooze before going on stage:

Exhausted but raring to go!!!!!! #dreamteam...needs to sleep and dream some more!! Rocking it tonight at San Jose! pic.twitter.com/tb7xsPK4Js

Thankfully, for a satisfying end:

But not before she shared a video of her rushing to stage in her 'high heels':

What happens backstage!! Trying to walk as fast as I can in heels hahaha #dreamteam

It was soon time for Orlando, Florida, and fans were treated to this flash-mob performance to Kala Chashma

#DreamTeam dancers #Flashmob the airport with #KalaChashma swag it up pic.twitter.com/4Jed0R4giU

Motivations were up thanks to this 'sexy convoy':

And what seems like a very comfortable plane ride:

Landed in Orlando after a 7 hour journey and still can't get over the madness of last nite. pic.twitter.com/Ez525iXUwz

No wonder the gang looks as cool as they do:

The Dream team madness has arrived in Orlando. #TheReflectorGang

Inspite of being constantly on the move:

But you can't rest much, guys, for Chicago's next.